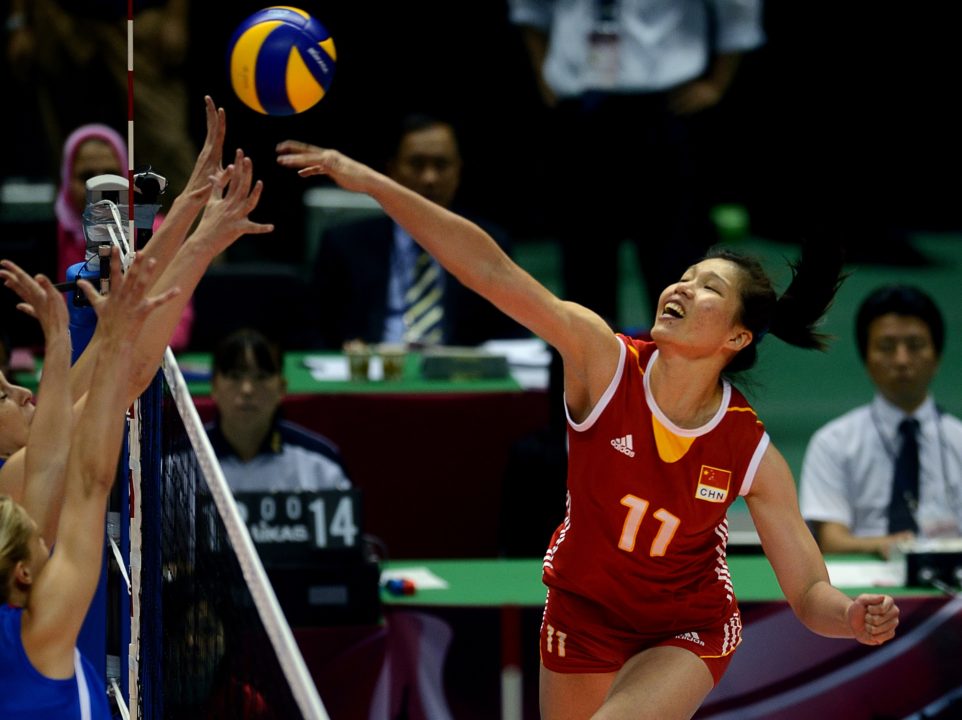 If Xu is able to play at the 2018 World Championships, it will provide China with badly-needed depth at middle blocker. Archive Photo via FIVB

A training video released this week of the Chinese women’s national volleyball team has given fans hope for the return of one of the program’s legendary players. 30-year old Xu Yunli, who turns 31 in less than 2 weeks, could be seen in the video training with the national team. The 6’5″ (1.95m) middle blocker played on China’s team at each of the last 3 Olympic Games, including for gold in Rio in 2016 and bronze in Bejing in 2008.

The oft-injured Xu, who underwent a series of operations before the 2016 Olympics, ended her 2017 season at the Chinese National Games, where she suffered a severe knee injury, leading to some speculation that her volleyball career was over.

Xu, who was named the MVP of both the 2013 Asian Club Championship and 2013 FIVB World Grand Prix, surprised with an apparent return to the court. China has suffered from limited depth at the middle blocker position behind Yuan Xinyue and Yan Ni, especially when Yuan missed a portion of the 2018 Nations League tournament to participate in the World Military Championships. While Xu is not included on the Chinese roster for the 2018 Asian Games, where the team took just 3 middle blockers and a 3rd setter instead, she is still in training with the team (which currently has 15 players participating) for a possible addition to the World Championship roster.

Gao Yi, Wang Yuanyuan, and Hu Mingyuan each had opportunities at the Nations League, but none satisfied Chinese coaches. Hu, who led that group at the Nations League with 57 points, got the nod for the Asian Games, but with Yan Ni aging (she turned 31 in March), the need for more depth is crucial for the Chinese team as they try to built the skills of their young roster ahead of the Tokyo Olympic Games.

China earned silver at the 2014 World Championships, losing to the United States in 4 competitive sets. Neither Xu nor Yan were on that roster.