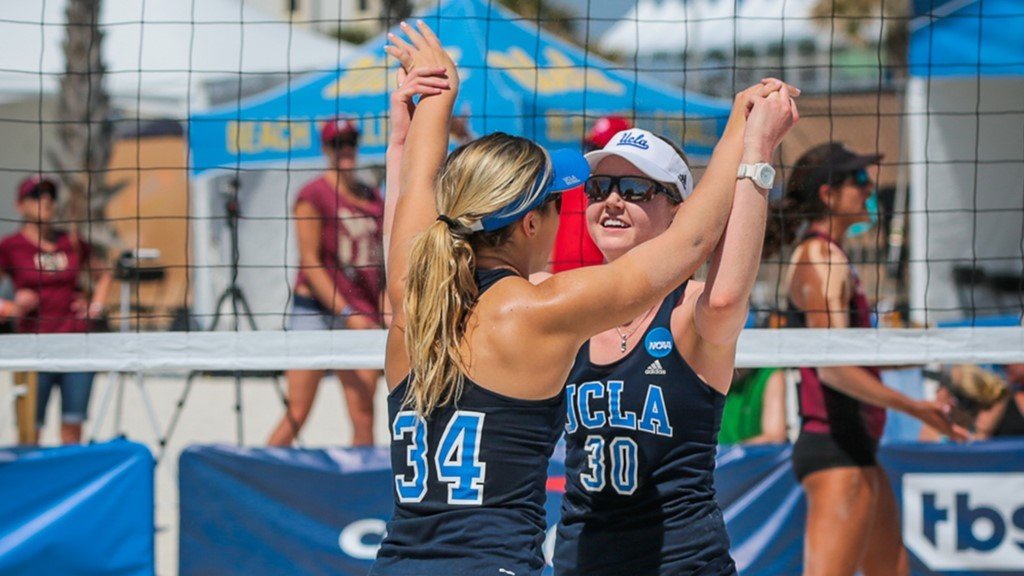 UCLA won 9 out of 10 matchups to open their season 2-0 on Thursday. Current Photo via UCLA Athletics

The #3 ranked UCLA Bruins opened their 2017 beach volleyball season with a pair of wins on Thursday, sweeping Cal State Bakersfield 5-0 and then beating Cal Poly 4-1.

The only other team in action on the opening day of the 2017 season was 11th-ranked Florida International, who picked up a pair of 4-1 victories over Webber and Florida Atlantic. The only spot where FIU lost was at the #3 line in both games, albeit with two different pairs in each matchup.