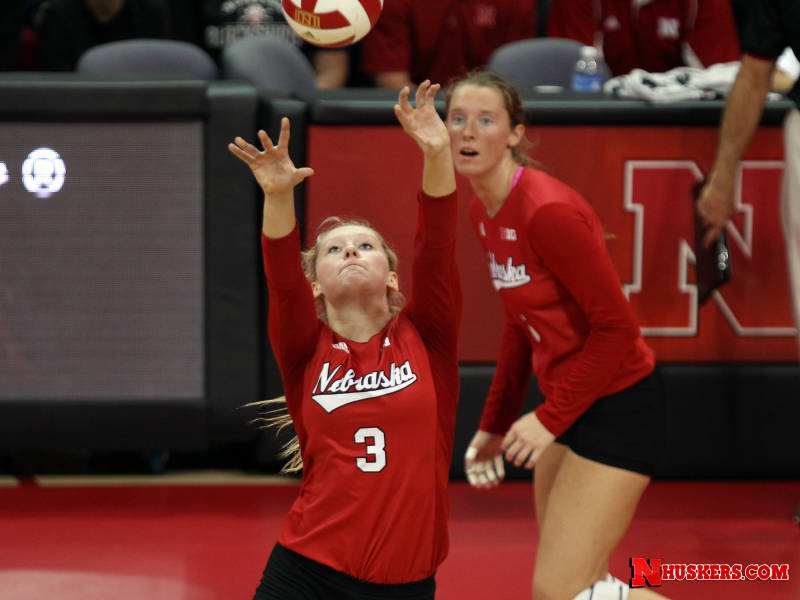 Six volleyballers from around the country have been selected as semifinalists for the 2018 AAU James E. Sullivan Award, which honors the nation's "top amateur athlete." Current Photo via Nebraska Atheltics

Six volleyballers from around the country have been selected as semifinalists for the 2018 AAU James E. Sullivan Award, which honors the nation’s “top amateur athlete.” Among the semifinalists are:

The nominations are made “based on the qualities of leadership, character, sportsmanship, and the ideals of amateurism,” and aims to honors athletes who have shown “strong moral character.”

Three defending national champions are among the list of volleyballers on the list – Nebraska’s Albrecht and Hunter along with USC beaches Hughes. Also on the list include the national runners-up out of Florida Alhassan/Snyder and 2016 National Champion Plummer of Stanford.

In 2017, Lauren Carlini of the University of Wisconsin was the first volleyball player to earn the Sullivan Award.

“As they do every year, this group of semifinalists embodies everything we aim to celebrate with the AAU James E. Sullivan Award,” said AAU President/CEP Dr. Roger J. Goudy. “These athletes are exceptional athletes – some of the top performers in their particular sports – but they are also extraordinary people who display leadership, citizenship, character and sportsmanship both on and off the field.”

28 athletes in total have been named 2018 semifinalists: