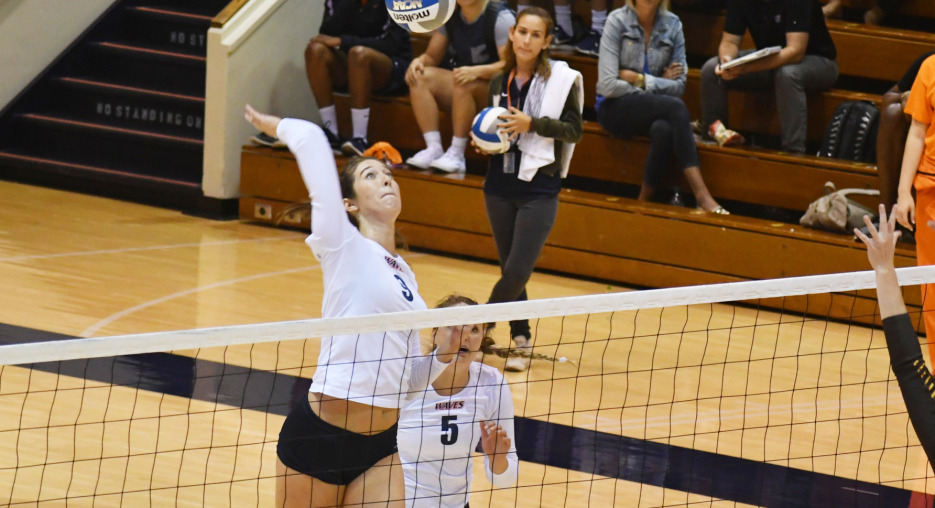 Two-time first-team All-West Coast Conference middle blocker Jasmine Gross is transferring out of Pepperdine and heading to USC. Gross was a sophomore in 2017, meaning she will be a junior with two years left of action when she arrives in Los Angeles.

Standing at 6’3″, Gross is originally from Portland, Oregon where she attended Jesuit High School. In her first year with the Waves in 2016 she hit the floor running, recording 154 total blocks – the most in a season during the rally scoring era in program history. Not to mention she added 223 kills on a .293 hitting percentage.

The loss leaves Pepperdine, who went 16-15 and 8-10 in the WCC in 2017, with four returning middle blockers for 2018 including three that were freshmen last season.

USC collected a 25-10 (14-6, Pac-12) finish in 2017 and made it to the Elite Eight before falling just short to Florida. They have three returning middles on their roster for 2018, but lose their two leaders in blocks from 2017 at the position due to graduation. Those losses should be lessened by the addition of Gross, who joins new head coach Brent Crouch – someone very familiar with her after coming over from Portland in the WCC.