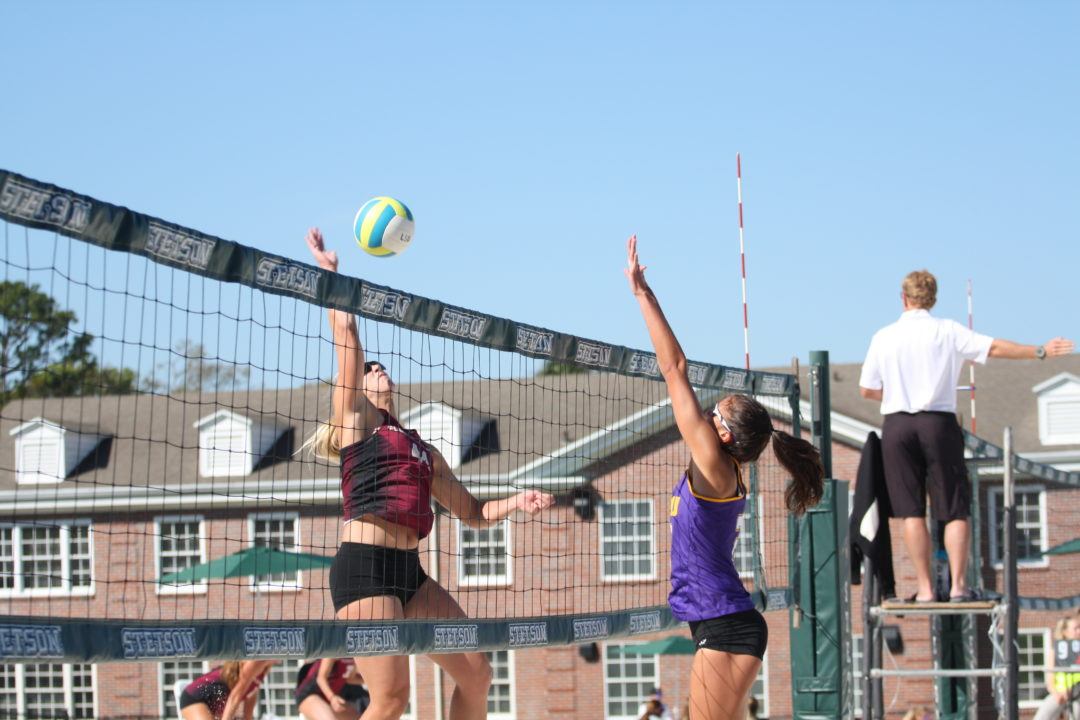 After leaving Hawaii with a 4-1 record at the Outrigger Invitational, the fourth-ranked Florida State Beach Volleyball team (8-4) heads to Columbia, S.C. to play in the Gamecock Grand Slam this weekend. The event is highlighted by a nationally televised match against tournament host South Carolina at 1 p.m. Sunday on the SEC Network.

The Seminoles start the tournament off against a familiar West Coast foe, No. 1 Southern California, as they will be playing the Trojans for the third time this season at 11 a.m. ET on Saturday. The Noles will also battle conference opponent No. 9 Georgia State (3 p.m. ET) for the first time on Saturday. The Garnet and Gold are 4-1 all-time against the Panthers. FSU defeated GSU, 4-1, in the finals of the CCSA Tournament last season.

“We can’t take anyone lightly this week because everyone’s good and stepping up their game,” head coach Brooke Niles said. “It’s good for us to be tested every match and to have to play back to back as well. Then do a little road trip to throw it all in. All of this is preparing us for Nationals. Obviously, it’s not going to be our home site and we’re going to have to go through a little bit of adversity. We have a target on our back as one of the top teams. We’re excited to compete.”

The Seminoles finish off the Grand Slam against No. 9 South Carolina (1 p.m. ET) and No. 13 Stetson (3 p.m. ET) on Sunday. The Noles are 6-0 all-time versus the Gamecocks, including three wins in 2016. Florida State will face the Hatters for the second time this season, winning 4-1 in Deland at the Stetson Spring Break Invitational on March 4.

“I think it is great to have those West Coast teams come out to the East Coast – a lot of teams are traveling out there, but it is very different,” junior Vanessa Freire said. “The conditions are different. Having them come out here and battling with them two or three times in the same season helps.”

In the latest American Volleyball Coaches Association (AVCA) poll, Florida State comes in at No. 4. This marks the 15th straight week that the Noles have been ranked in the Top 5 of the AVCA Coaches Poll dating back to the first poll of 2016. The Seminoles now rank No. 4 in the DiG magazine poll, as well.

For more information on Florida State beach volleyball, check out: