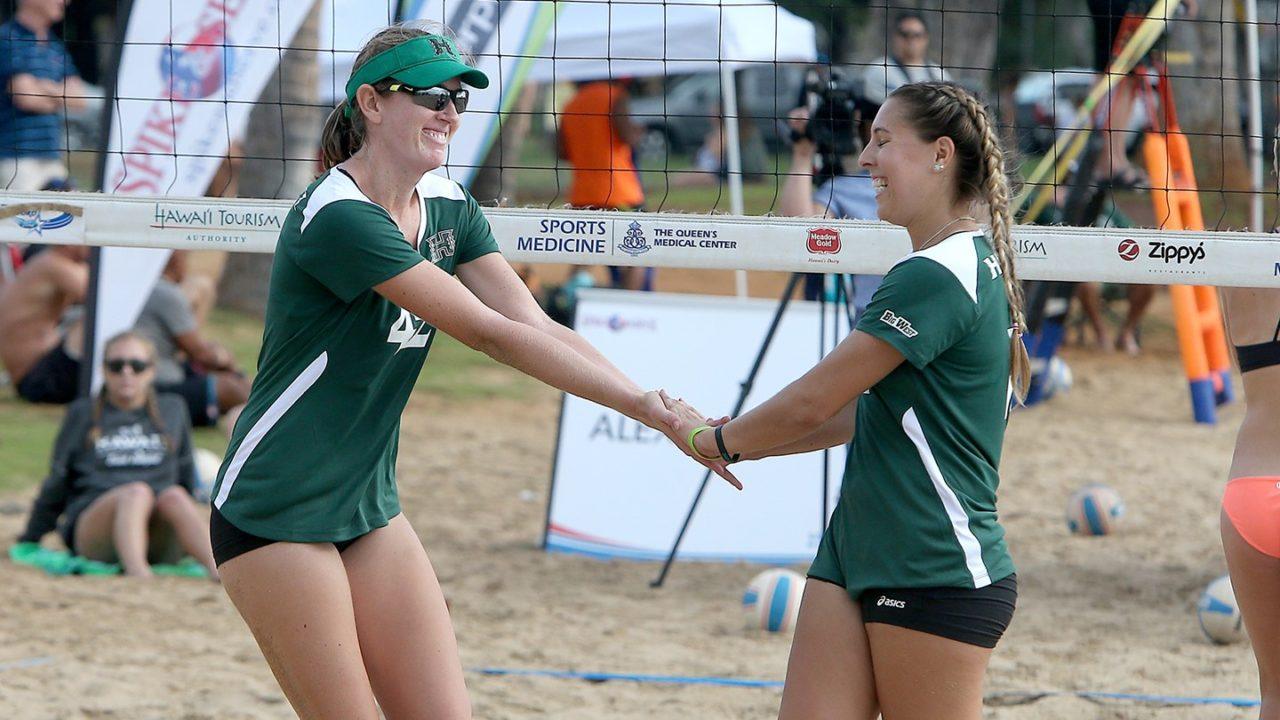 The first power-versus-power matchup of the 2017 season came on Friday evening, where 5th-ranked Hawaii thumped 6th-ranked Arizona with a... Archive Photo via Hawaii Athletics

The first power-versus-power matchup of the 2017 season came on Friday evening, where 5th-ranked Hawaii thumped 6th-ranked Arizona with a 5-0 sweep at the Arizona Invitational on the Wildcats’ home sand.

The Rainbow Wahine actually lost the first point of their day when #4s Hi’ilawe Huddleston and Amy Ozee lost to Arizona State’s Kassidy Picrell and Katelyn Carballo in 3 sets, but from there-out the team was perfect.

Hawaii has a huge shakeup in their lineup this season, with freshman Morgan Martin being inserted immediately into the #1 line in a pairing with senior Mikayla Tucker, who is promoted after spending most of last season at the #3 line with a 22-10 season record.

The pair gelled well early though, taking 3-set wins in both games – including over Arizona’s powerful #1s the Witt twins Mckenna and Madison.

#12 Grand Canyon also started their season off strong with a pair of wins in their home tournament against Colorado Mesa and New Mexico.