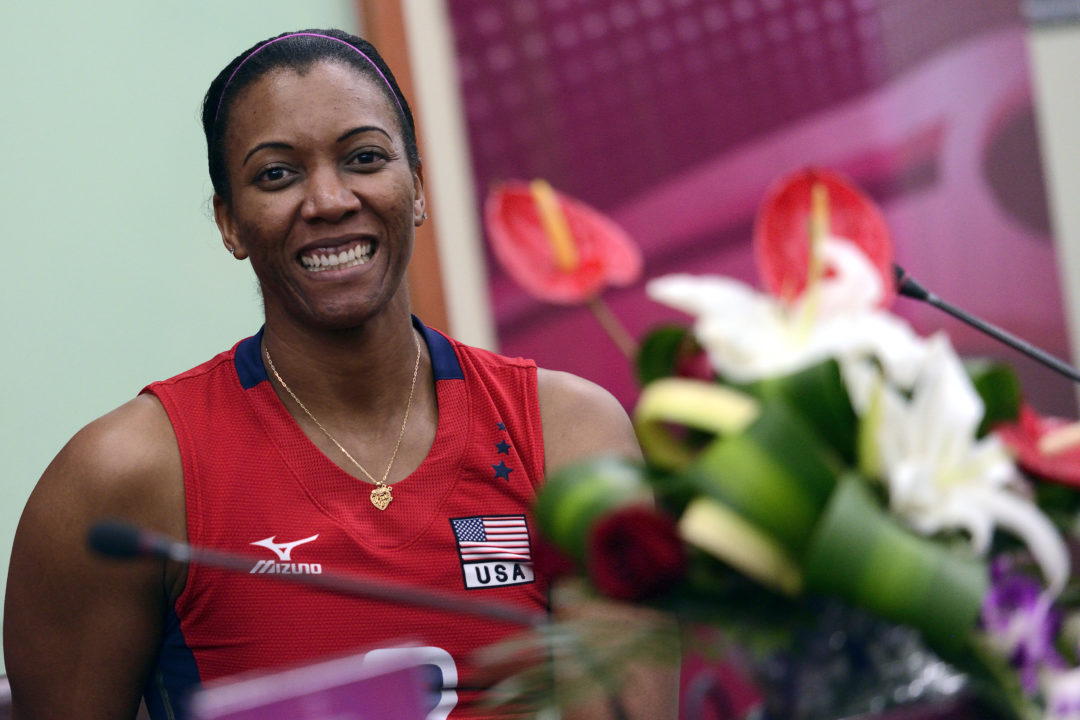 Scott's sister, Stefanie Vallery, was killed in the attack. Archive Photo via FotoHoogendoorn.nl/FIVB

Former U.S. National Team volleyball player Danielle Scott-Arruda is in critical condition after being stabbed by her sister’s estranged husband on Sunday evening in Baton Rouge. The 46-year old was one of 3 victims of the attack, in which her sister Stefanie Vallery was killed and her niece (who shares her name Danielle Scott) was also injured.

According to The Advocate, Michael Vallery fled after fatally stabbing his wife Stefanie Vallery around 8PM on Sunday. According to their daughter, the two were in the process of getting a divorce.

Vallery was pronounced dead at the seen, while the younger Dani Scott said that her aunt is ‘scheduled for surgery, but expected to recover.’

In 1993, Scott-Aruda was named the Honda Sports Award winner as the top collegiate volleyball player and led Long Beach State to the NCAA National Championship. She was also named the MVP, best blocker, and best scorer at the 2001 FIVB World Grand Prix, and holds Olympic silver medals from both the 2008 and 2012 Olympic Games.

Tayyiba Haneef-Park, who was Scott’s teammate on 3 US Olympic Teams, has set up a GoFundMe account to benefit Danielle Scott (the elder).

“Danielle, a five-time USA Volleyball Olympian, is a selfless and inspirational woman,” Haneef-Park said. “In her attempt to protect her sister from attack, she was critically wounded in the thigh and hands. She underwent surgery and will have a long road to full recovery ahead of her. On behalf of the family, I am reaching out for support, with your help, to establish relief for both Stefanie’s family and Danielle. Any contributions will help funeral costs for Stefanie as well as provide medical assistance for Danielle as she recovers from this tragic incident.”