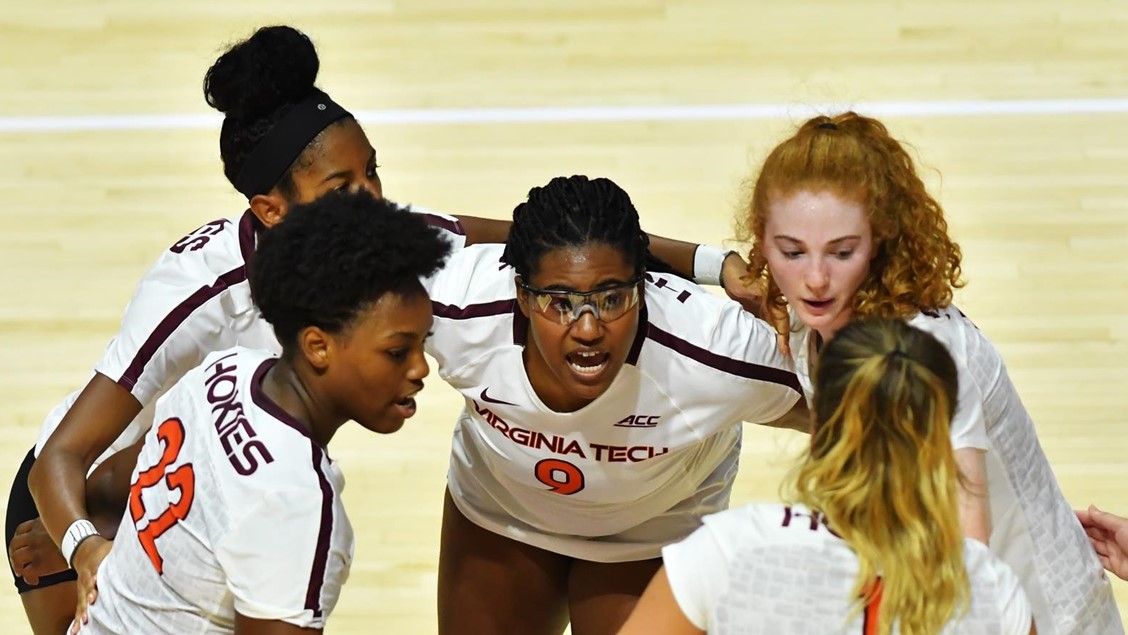 Virginia Tech’s volleyball team will put its perfect record on the line this weekend, traveling to Ohio’s campus to compete in the Bobcat Invitational in Athens, Ohio from Friday-Saturday. Current Photo via Virginia Tech Athletics

BLACKSBURG, Va. – Virginia Tech’s volleyball team will put its perfect record on the line this weekend, traveling to Ohio’s campus to compete in the Bobcat Invitational in Athens, Ohio from Friday-Saturday.

Wrapping up its third weekend of action, Tech will square off against Samford (2-5) at 11 a.m. on Saturday.

Only Tech’s match against Ohio will be available to watch on your computer or mobile device via ESPN+.

The last time out, the Hokies hosted the Hokie Invitational sponsored by the Fairfield Inn and Suites in Christiansburg and won the tournament 3-0.

Tech saw middle blocker Marisa Cerchio take in MVP honors, while Cerchio, outside hitter Kaity Smith and libero Carol Raffety were named to the all-tournament team. Raffety is nine digs away from 1,000 to make her the 17th Hokie to ever accomplish the feat.

This past weekend, Tech outperformed its opponents on the service line by a 37-7 advantage. Tech posted 11-plus aces in all three of its matches, marking the first time doing so in the Jill Wilson era. The previous best was nine against South Dakota State on Aug. 25, 2017.

•  After hosting its home tournament and going 1-2, IUPUI enters the Bobcat Invitational with a 2-5 overall record. The Jaguars two wins have come in-state foes Purdue Fort Wayne and SIUE.

•  Head Coach Steve Payne enters his 23rd year in Indianapolis after leading the Jaguars to a 12-4 record in the Horizon League. He led IUPUI to a postseason appearance for the second time in his career, as the Jags earned a spot in the National Invitational Volleyball Championship (NIVC).

•  Ohio, the preseason favorite in the MAC, is off to a 2-5 start through two weeks of action. One of the Bobcats’ wins came against fellow ACC member, Wake Forest, a 3-0 sweep in Lincoln, Nebraska.

•  Deane Webb is in his fifth year at the helm of the Bobcats and has won a MAC regular season title with a perfect 16-0 league year in 2014, then captured the conference tournament title in 2015, the latter of which propelled the ‘Cats to their 10th NCAA Tournament appearance in program history.

•  Entering his second season in Birmingham, Keylor Chan in his first year with the Bulldogs immediately provided a positive impact on the squad as he guided Samford to a thrilling Southern Conference Tournament championship title and an automatic bid to the NCAA Tournament.

•  Krista Boesing, a preseason SoCon selection, is expected to lead the Bulldogs this year. In her last match, she posted 19 kills against Southern Miss. Kelsi Hobbs also had success against the Golden Eagles, tallying 19 kills, too.