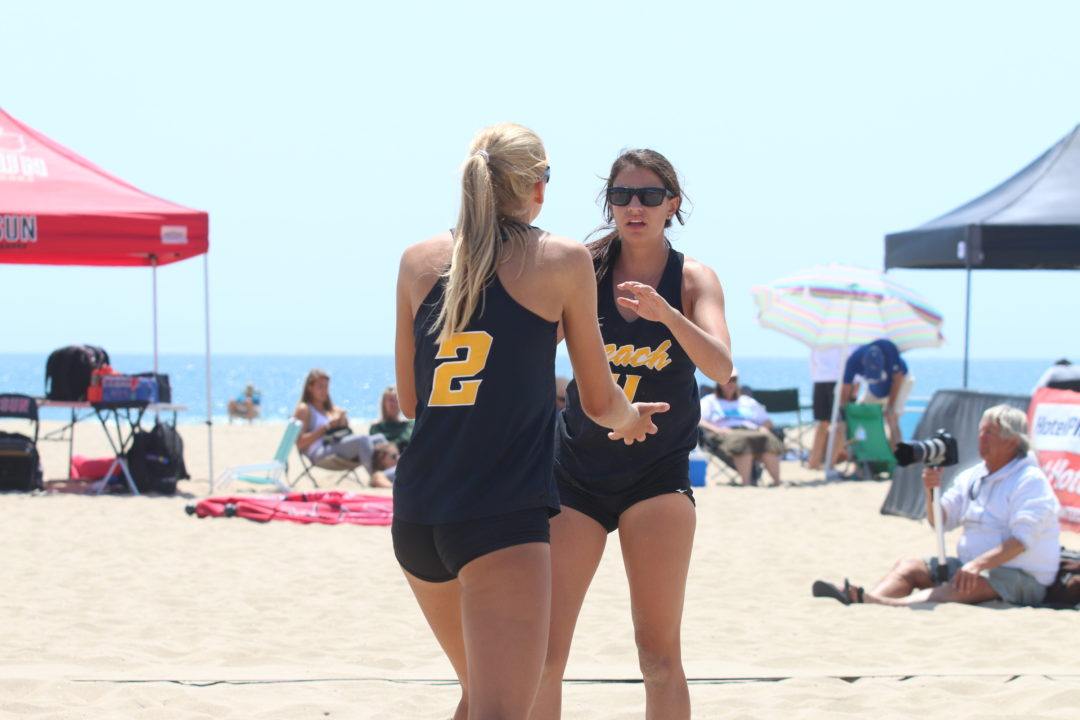 No. 6 Long Beach State will play host once again this week, welcoming TCU to campus on Tuesday, March 14 before hosting the Long Beach Baden Invitational, a three-way dual match between Pepperdine, Loyola Marymount and Long Beach State on March 16.

Tuesday’s action will feature just one match, as the Beach hosts TCU at 1 p.m. on the LBSU Sand Courts. TCU is 3-1 this season, while Long Beach State improved to 7-1 overall after going 3-1 at the East Meets West Invitational. While in Manhattan Beach, Long Beach State picked up three ranked wins over No. 7 Georgia State, No. 10 LSU and No. 12 Florida International, while falling 4-1 to No. 2 Florida State.

Long Beach State’s top flight continued their outstanding start the season, as Nele Barber and Rachel Nieto won all of their matches, going 6-0 on the week to improve to 8-0 on the season. Winning at No. 1 in 3-2 wins over No. 9 Stetson, LSU and Florida International, Barber/Nieto played a huge role in the team’s success and were named the Big West Pair of the Week following their successes.

Jenelle Hudson and Megan Kruidhof played well at the No. 5 position for the Beach, winning three times at the East Meets West invitational, setting up clinching match winners for both Anete Brinke and Hailey Harward at No. 3 and Heather Weiss and Morea Wagner at No. 4 in Manhattan Beach.

Long Beach State will then host the first of two streamed matches at the LBSU Sand Courts in the Long Beach Baden Invitational, brought to you by FloVolleyball. The Beach will open against No. 2 Pepperdine on Thursday, March 16 at 11:30 a.m., then after the Waves face the Lions, close the day’s action at 2:30 p.m. against Loyola Marymount.

FloVolleyball is a paid service, and will bring streamed action for Beach Volleyball for the first time this Thursday. They will be back later in the year for the Long Beach State Mizuno Invitational, featuring No. 14 California and No. 3 UCLA as well as No. 6 Long Beach State.

The sand courts are located behind the campus diamond and Jack Rose Track. To reach them, park in lot 13 and make a short walk to the right of the Walter Pyramid.