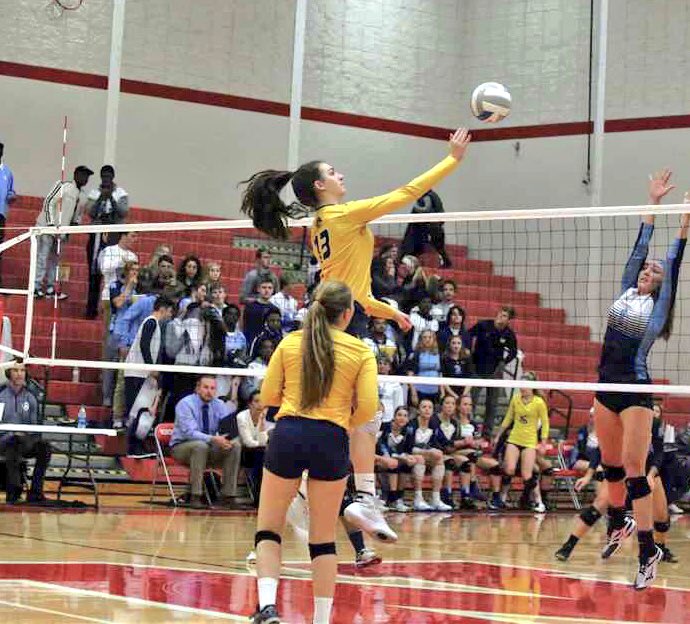 Class of 2019 recruit Avolyn Lepo has committed to the Oakland University women’s indoor volleyball team. Lepo, a native of Michigan, stands at 6’3″ tall and plays the middle blocker position.

Lepo is currently a junior at Grand Haven High School, as she will graduate to join Oakland for the fall of 2019 season. She helped her school go 31-20 on the season according to MaxPreps. Her Hudl profile can be seen here.

On the club side of things she plays with Michigan Volleyball Academy – specifically the MVA 17 National Black team. She owns a 26 inch vertical, 94 inch standing reach and 120 inch one arm approach touch. Lepo was also named to the 2016 AVCA Phenom List.

Oakland is coming off of a 17-12 season in which they went 12-4 playing in the Horizon League. Their 2017 roster featured five middle blockers, though with two seniors and one junior, will have three depart by the time 2019 comes.

Lepo also joins class of 2019 commits Ryan Allor and Madi Ross as future commits to the program in the VolleyMob database.