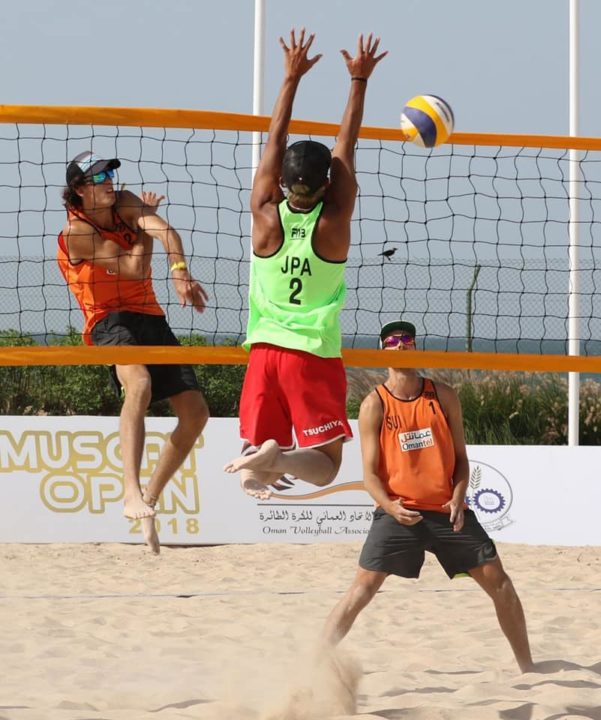 Only one of the day’s 12 matches went the distance, the first round contest between Japan’s Keisuke Shimizu/Takashi Tsuchiya and England’s Harry Jones/Issa Batrane. The Japanese duo bounced back after dropping opening set in Round 1, but fell short in Round 2 against Metral/Hagenbuch.

Metral/Hagenbuch, who teamed up in 2017, are looking to best their top finish of 17th from the Qinzhou Three Star in October and Sydney Two Star in November.

This is the third FIVB tournament for Andreatta/Abbiati, following ninth place finishes at the Sydney Two Star in November and the Kish Island Three Star in February.

Rosager/Trans are playing in their seventh tournament together and second FIVB event, following the Kish Island Three Star in February, where the duo was 41st.

Thursday marks the start of pool play with the 16 remaining teams being split into four, four-team pools. Teams from nine countries, including five from the host nation of Oman, are still alive in the tournament. Iran’s Rahman Raoufi/Bahman Salemiinjehboroun are the top seeded team.