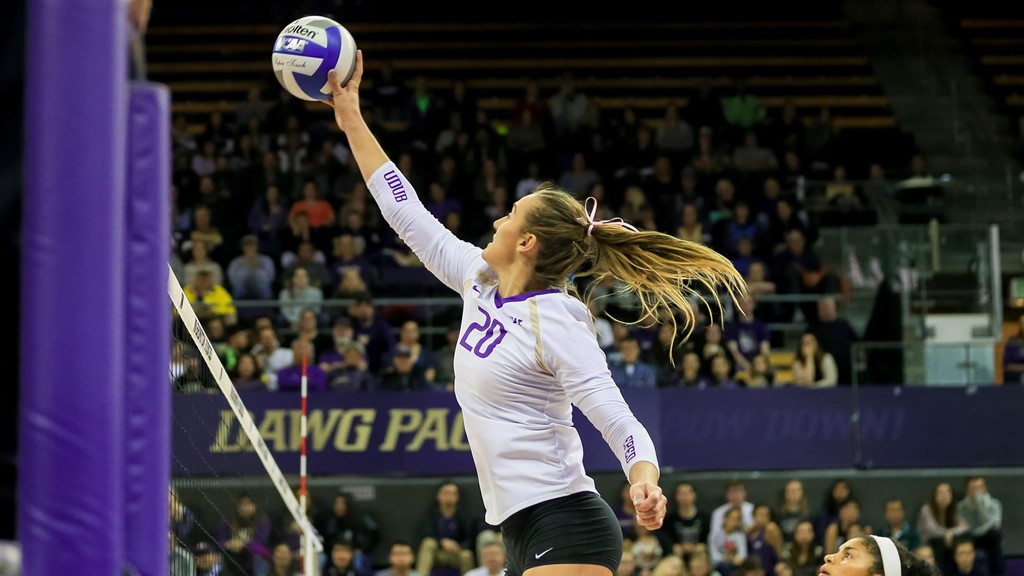 Two of the hottest teams in the Pac-12 meet in Boulder as the loser will have to start a fresh winning streak. Beyond that, it’s an opportunity in the fierce battle for second in the conference among top 25 teams.

Washington’s winning streak sits at three, with the last two coming against ranked opponents. They will be looking to extend their strong play against the Buffaloes after they handed Colorado a three-set defeat back on October 8. Besides hitting .283 to Colorado’s .121, the Huskies out-blocked the Buffaloes 15-4, led by Lauren Sanders (eight kills, .533, seven blocks).

Colorado is also riding a three-match winning streak that is amidst a stretch of six wins in seven matches, with the only loss coming in five sets. This spurt actually started the match after the Buffaloes were swept by Washington, as they look like a new team. That will be put to the test as kills leader Alexa Smith will look to hit around her season mark of .230 as opposed to the .044 she had in Seattle as Colorado looks for a stronger offensive match.

Miami (FL) is coming off three straight sweeps as they’ve downed NC State, North Carolina and now Florida State earlier this week. That hot streak comes at the right time as they now sit right behind the trio of 10-2 ACC teams at the top. One of those is Pittsburgh, who looks to keep pace with Louisville and NC State as they look to fend off an approaching challenge right behind them.

In the first meeting between these two teams, Stanford got a sweep and out-scored Oregon State 79-60. Things have changed since then though for the Beavers, who won five consecutive matches (just ending last match) after that result with the Cardinal. They’ll look to do what no one else has done in the conference thus far and upend Stanford now as the two meet in Palo Alto.