This Week in the Top 25: Six Head-to-Head Matchups, Three in Pac-12 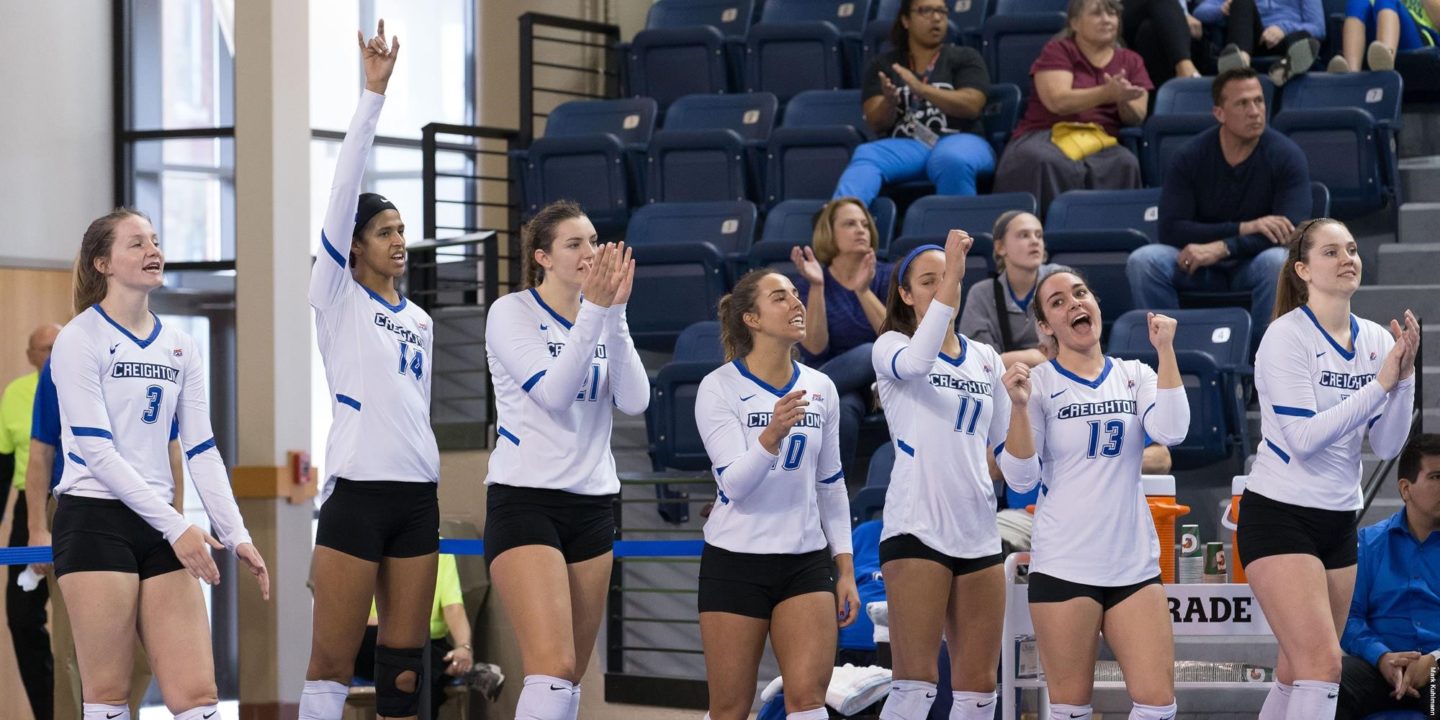 Week 11 brings 58 matches involving Top 25 teams or vote-getters. The top spot in the Big East is on the line when No. 14 Creighton hosts Marquette (RV), while the slate also features three head-to-head Top 25 matches in the Pac-12. Current Photo via Creighton Athletics

Week 11 brings 10 head to head matches between VolleyMob Top 25 teams or those receiving votes. There are 58 total matches on the slate involving ranked or vote-getting teams.

Check the VolleyMob TV listings to see if your desired match is being televised or streamed online.

A series of ACC battles are set for Thursday, including one between vote getters Miami (Fla.) and Pittsburgh. Pitt is in a three-way tie atop the conference at 10-2 alongside Louisville and N.C. State. The Wolfpack also has a tough match on its hands with a home match against fourth place Syracuse (9-3).

In the Big Ten, vote-getter Purdue heads to Lincoln, for a Friday rematch against No. 7 Nebraska. No. 12 Wisconsin and No. 3 Minnesota also are in action, facing Maryland and Ohio State respectively.

Pac-12 teams have been beating each other up as of late and that may continue this week as No. 8 Washington heads to No. 22 Colorado and vote getter Oregon State takes its show on the road to take on league leader No. 2 Stanford. No. 13 USC, No. 15 Oregon and No. 21 UCLA also are in action on Friday.

The Big East leaders, No. 14 Creighton (11-1) and vote getter Marquette (11-2), face off in Omaha on Saturday, with the Bluejays trying to stop a Golden Eagle season sweep, following a 3-0 loss in Milwaukee, Oct. 5.

In the Pac-12, No. 8 Washington heads to No. 16 Utah on Saturday to seek revenge on the Utes, which won in five sets in Seattle on Oct. 6. On Sunday, another marquee league matchup is on the slate with No. 15 Oregon looking to knock off unbeaten No. 2 Stanford in Palo Alto.