After an 0-3 Start in the Big 12, What Has Gone Wrong at Kansas State? 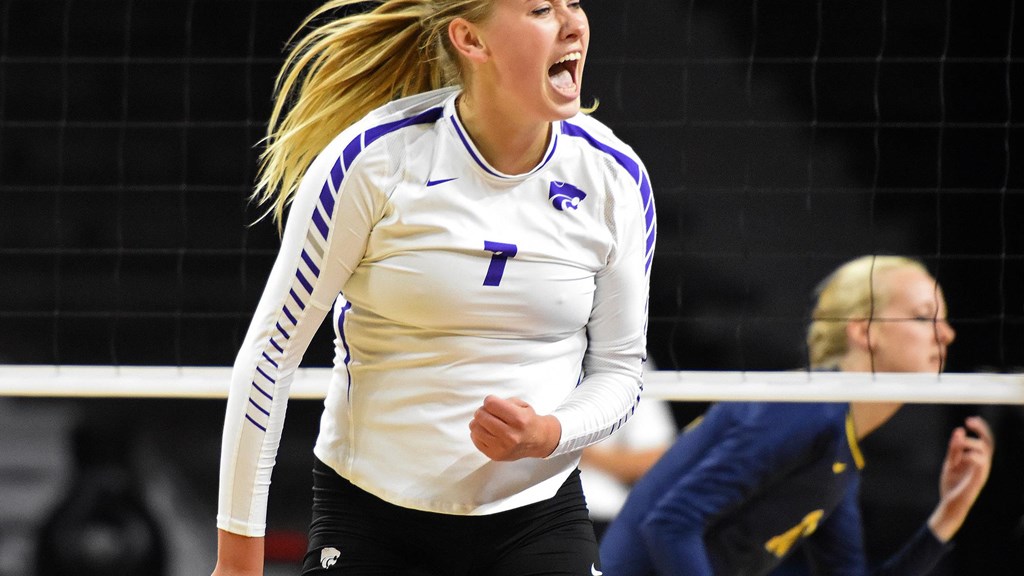 After a 10-1 start, Kansas State is now 0-3 in Big 12 play, so what has changed and gone wrong of late? Archive Photo via Kansas State Athletics/Volleyball

A 10-1 start and a ranking of #23 in the VolleyMob Top 25 Power Rankings. This was the start for Kansas State, who looked to have put last year’s down year behind them and were looking more like the 2015 or 2016 team than 2017. But as Big 12 play has begun, the Wildcats have fallen to 0-3, including two upset losses. So what has gone wrong?

First of all, you can’t really blame that first loss on something off. They took #6 Texas to five sets and almost won the match, but eventually fell in extra points. So it’s really more about what happened the last two matches when they were upended at Oklahoma and at West Virginia. Not to mention they were 0-6 in sets in that pair of matches.

In those two road losses, Kansas State has been out-aced 12-4, out-blocked 20-8 and out-killed 91-67. Those are the most lopsided of the numbers. It probably comes down to a poor stretch for the Wildcats in pass and serve, which is leading to more out-of-system attacks and therefore less good looks for terminations.

The other big key, which may be a repercussion of that, is the lack of ability to get their star 6’4″ fifth-year-senior outside hitter Kylee Zumach rolling. Overall for the season, the powerful pin is averaging 4.52 points per set and 4.02 kills per set on a .285 mark.

Part of it could be worse passing and the pre-spike contact. Another part could be defenses keying Zumach more. In reality, it’s probably a combination of both. That means the others need to step up, but Big 12 numbers for the others have been relatively the same across the board.

Obviously they’ll still have time to figure it out, but the notion that Kansas State could end up as a top two or three team in the Big 12 is definitely off to a poor start. They’ve still got potential to be an NCAA Tournament team if they can turn it around though, which they will hope to do this weekend at home against TCU.