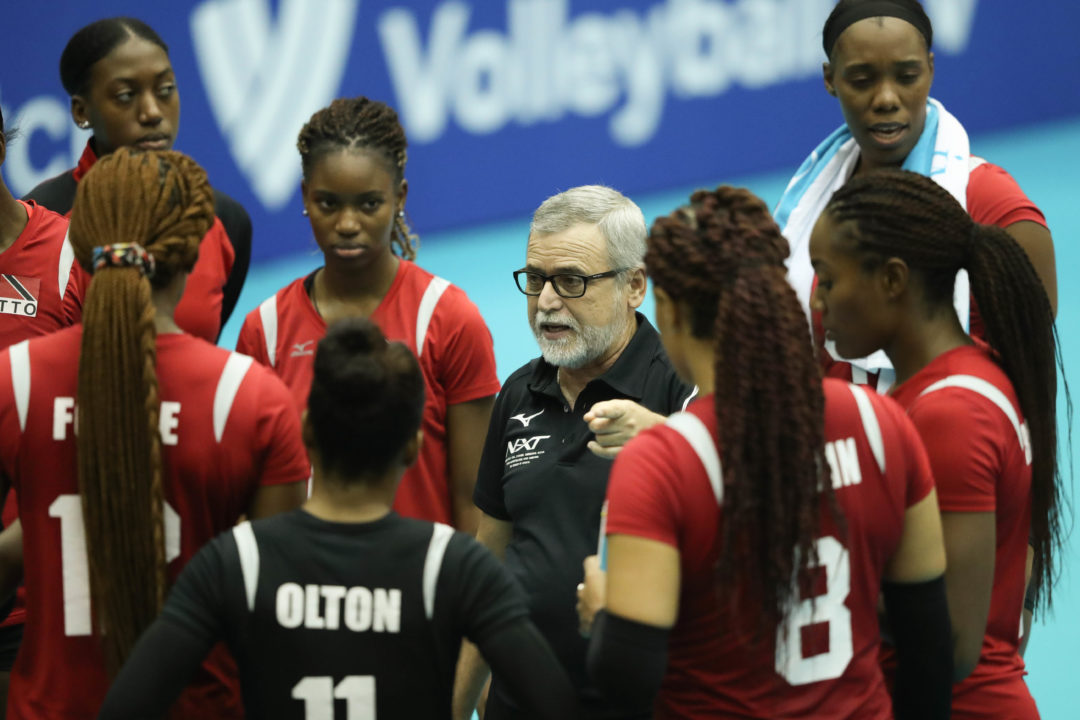 After leading his team to 7-straight Caribbean titles and its first-ever World Championship berth, Trinidad & Tobago coach will now take over the program in neighboring St. Lucia. Current Photo via FIVB

After leading Trinidad & Tobago through a historic first-ever qualification for the Women’s Volleyball World Championships, Cuban-born coach Francisco ‘Panchy’ Cruz Jiminez has taken  a job as an FIVB Development Coach. His first job will be in nearby St. Lucia, where his job will be to work with local coaches and athletes to build the sport at both the grass roots and national level – much like he did in Trinidad & Tobago.

As challenging as his task was in Trinidad & Tobago, with a population of around 1.4 million, the hill is even steeper in St. Lucia, a small island nation which has just 175,000 citizens. It’s per-capita GDP is roughly half that of Trinidad & Tobago’s, according to the World Bank.

This is what Cruz does, and what he’s done in a number of places. Before T&T, he led the Dominican Republic from 2001-2005, where he qualified them for their first Olympic appearance in 2004. The Dominican Republic now continues as an international team, and qualified for the 2nd round at this year’s World Championships.

His arrival coincided with prime minister Patrick Manning’s vision for identifying and building 10 T&T sports programs to world class under the SPORTT corporation. That meant new financial resources for the program to work with and an all-in push to the top.