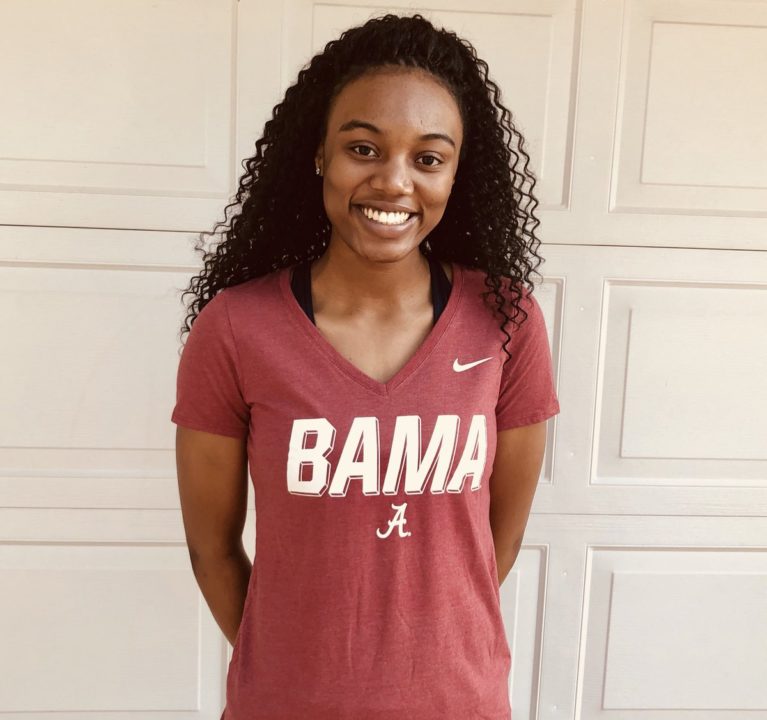 Class of 2020 recruit Jasmine Brooks has committed to the University of Alabama women’s volleyball program. A 6’1″ outside hitter and middle blocker, Brooks will have her first season with the Crimson Tide in the fall of 2020.

A sophomore at Sparkman High School in Harvest, Alabama, Brooks helped her Senators squad to a 25-17 finish this past season in 2017.

Alabama ended last season at 18-14 overall and 6-12 playing in the Southeastern Conference (SEC). Of their four middle blockers from 2017, two graduate with two more set to by the time Brooks arrives. At the outside hitter position group, one senior departs with four more sophomores set to leave following the 2019 season. That should create plenty of openings for Brooks to try and earn playing time right off the bat.

Congratulations to Sparkman Varsity Volleyball’s Sophomore Jasmine Brooks on her commitment to play Volleyball on the next level at the University of Alabama!! #1sparkman #senatornation #outworkyesterday pic.twitter.com/1mnatAg2PH