Amanda Green Transfers from Marquette to Louisville for 2017 Season 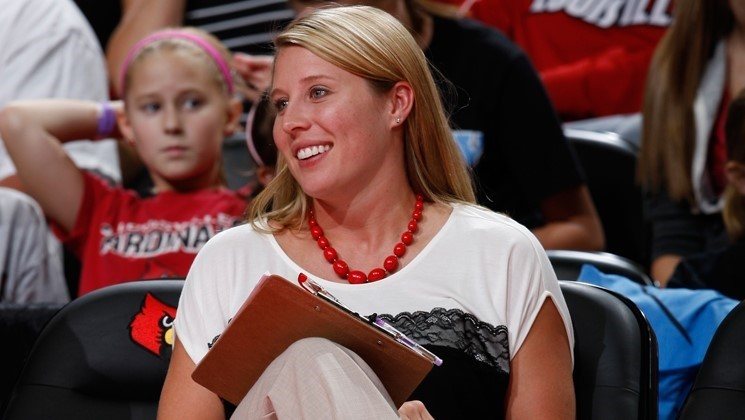 New Louisville head coach Dani Busboom-Kelly (above) has brought in her first new student-athlete for her new program. Current

6’1″ outside hitter Amanda Green will transfer from Marquette University after just one season of collegiate volleyball, plus a redshirt in the 2015 season. New Louisville head coach Dani Busboom-Kelly announced on Monday that Green would join the Cardinals for the 2017 season with three years of eligibility remaining, as the two will both take a fresh start with the Cardinals in the fall.

In the 2016 season, Green played in 31 games and 88 sets for the Golden Eagles, which included a start in the team’s big 3-1 upset win over Kentucky in September. On the season, she hit .16 and averaged just under 1 kill per set, with 38 block assists to boot.

Among the highlight games for her were a pair of 9-kill outings, one against Cincinnati and one against Milwaukee; and a 6-kill game against IUPUI where she hit an efficient .857.

Green’s role with the team diminished later in the season – after averaging 12 attacks/game in the non-conference schedule, she averaged just 5.7 attempts for the rest of the season. That included only a single attack in the team’s NCAA tournament-opening loss to Washington State in December.

Green was highly-touted coming out of Niles North High School in Skokie, Illiinois. She was ranked #55 in the high school class of 2015 by PrepVolleyball.com and helped lead her team to two regional championships.

Louisville head coach Dani Busboom-Kelly has been announced as the team’s new head coach for 2017, joining the team from NCAA semi-finalists Nebraska.