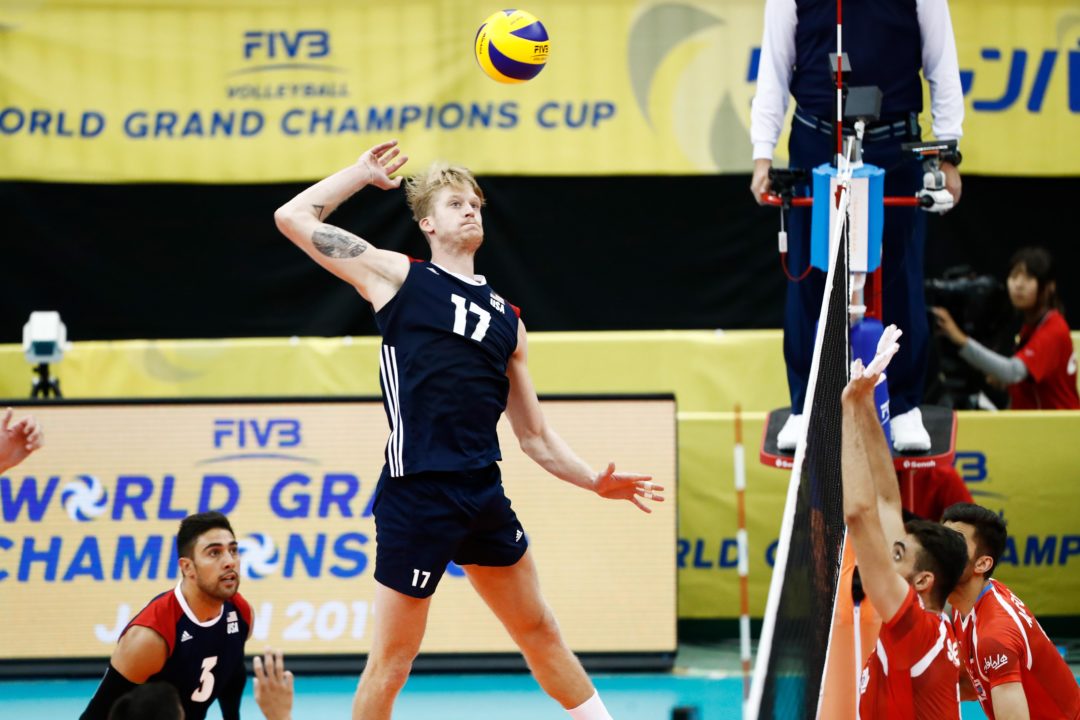 In a post-match press conference last week, American star middle blocker Maxwell Holt said that he would like to stay in... Archive Photo via FIVB

In a post-match press conference last week, American star middle blocker Maxwell Holt said that he would like to stay in Modena for “10 years” if it were up to him. With a contract that runs through 2020, he will have the opportunity for at least another 2 seasons with the Italian Champions. The words have done little, however, to quell rumors of a possible departure, with the conversation seemingly centered around the possibility of French all-world outside hitter Earvin Ngapeth leaving, in spite of having a contract of the same duration, and whether that could result in a domino effect.

Interview below, in Italian:

After winning a bronze medal with Team USA at the 2016 Olympic Games, Holt sat out most of the summer of 2017 – though he returned to help the U.S. to a 4th-place finish at the Grand Champions Cup. He has been a member of the U.S. National Team since 2009, and a member of Modena’s pro club since 2016. After finishing 3rd in Serie A play in the regular season with 60 points (20-6 record), Modena won its opening match of the Italian league quarterfinals over Revivre Milano. Holt scored 11 points in the match, 4th on the team, and landed 7 out of 11 shots with just a single error for 64% hitting. That’s his 7th double-digit scoring night of the season in 27 matches, and included a game (and season)-high 4 aces.

Wish there was a way to watch Serie A volleyball on US Tv. If you know how, please let me know.