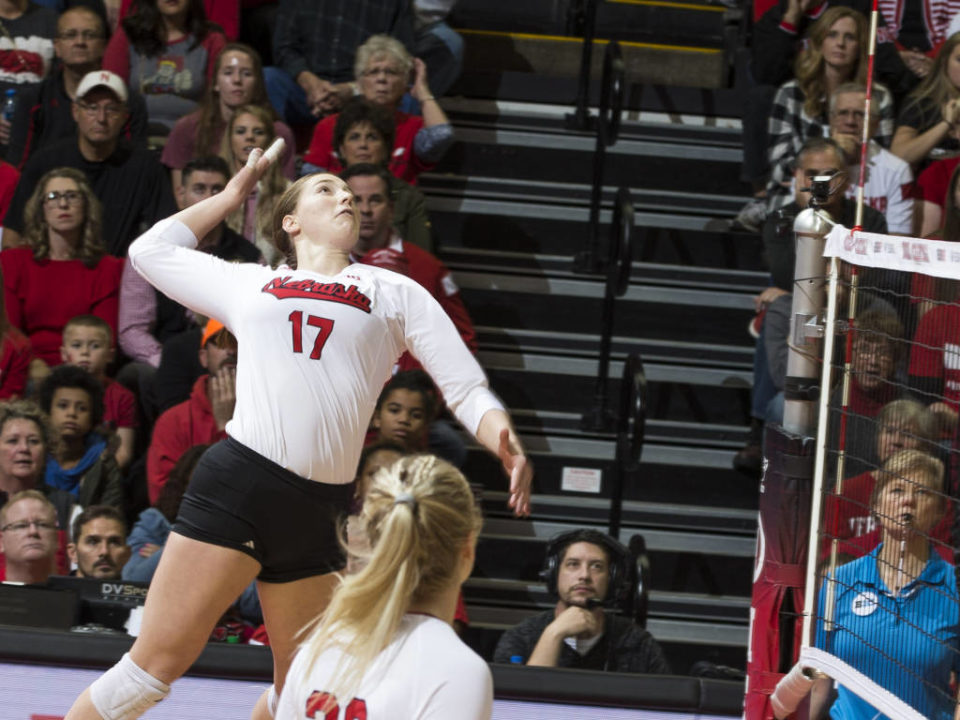 Annika Albrecht is one of two Americans signed with Nantes for next season. Archive Photo via Nebraska Athletics

Former Nebraska outside hitter Annika Albrecht has announced that she will begin her professional career this fall with Nantes in the French top-tier Ligue A. Albrecht was the 2nd-leading scorer for Nebraska last year when they won the NCAA Women’s Volleyball Championship.

Albrecht, originally from North Aurora, Illinois, is a 6’0″ tall outside hitter. She was an AVCA Second Team All-American in 2017, earning the honor after a breakout senior season. After spending 3 seasons as mostly a serve and defensive specialist, which included setting a true-freshman record for sets played in 2014, Albrecht spent the 2017 off-season watching tons of film and developing into one of the team’s most important offensive weapons.

Nantes finished last season with an 8-14 record and 23 points, which left them 9th out of 12 teams in the league. The team had 2 Americans on the roster last season: outside hitter and team captain Katie Carter and setter Erica Handley. Both players have left the club for next season, but another American, middle blocker Lauren Schad, was signed for next season, keeping the squad with 2 U.S.-born players in their ranks.

Extremely excited to share that I’m going to live my dream of playing volleyball professionally, in Nantes, France! Thanks to my family, coaches, teammates, and friends who have supported me and continue to support me through my journey!🇫🇷