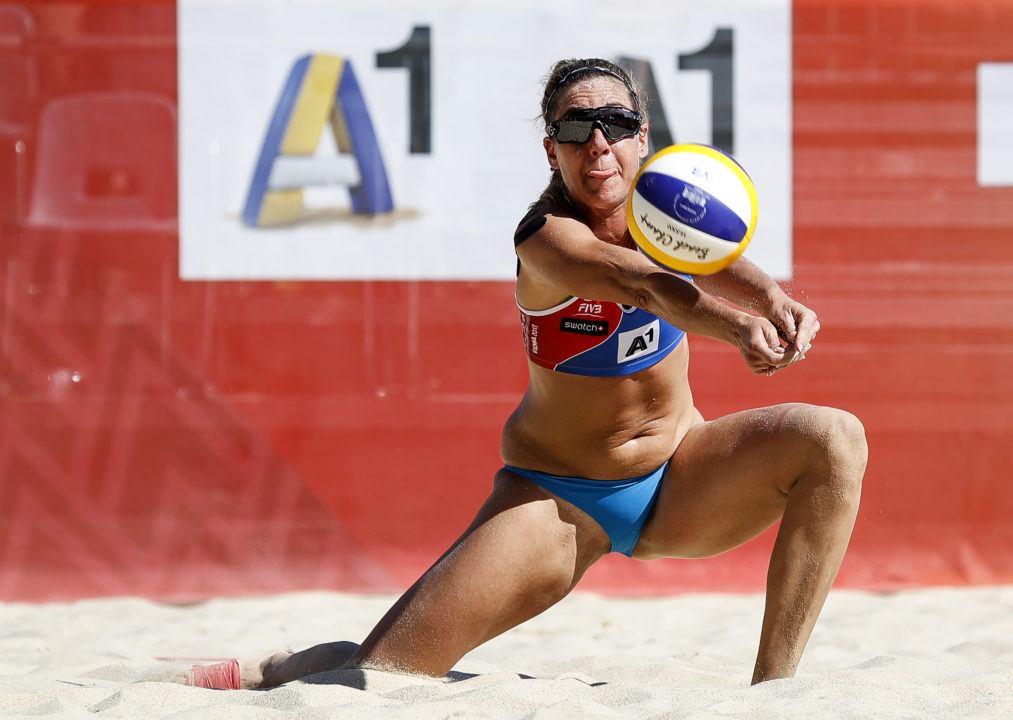 April Ross was recently honored by her alma mater, USC, as one of their 2018 Hall of Fame inductees.  Current Photo via FIVB

April Ross was recently honored by her alma mater, USC, as one of their 2018 Hall of Fame inductees. Ross, though, is regarded as one of the top beach volleyball players in the world, began her career on the indoor court for the Trojans.

At USC, Ross is also regarded as one of the best volleyball players for the program. She was named as a First Team All-American twice and named as the 2003 Honda Award winner as the top collegiate player. In other awards garnered at USC, Ross was a four-time All-Pac 12 first teamer, the 2003 Pac-12 Player of the Year and the 2000 National and Pac-10 Freshman of the Year.

In all four seasons with the Trojans, Ross led the team in kills, as well as digs in 2001 and aces in 2003. Her lead in aces on the team posed a program record with 59 aces on the year.

Since her collegiate career, Ross has made a huge name for herself on the beach side of things. Partnering with Kerri Walsh Jennings for years on the way to over 50 international and domestic tournament wins (not all with Walsh Jennings). In 2012, she placed second at the Olympics with then partner Jennifer Kessy behind Walsh Jennings and Misty May Treanor in an all USA finals. Then in 2016, Ross and Walsh Jennings placed third at the Rio Olympic Games.

Ross is looking to further her beach career to the 2020 Tokyo Olympic Games, but we are waiting to see who she will “for sure” partner with at this point. Ross and Walsh Jennings split up their dynamic partnership earlier this year, with Ross partnering with Lauren Fendrick in the meantime.

The 2018 inductees will be introduced at this year’s USC-Arizona football game on November 4 at the Coliseum, then inducted on May 19, 2018.