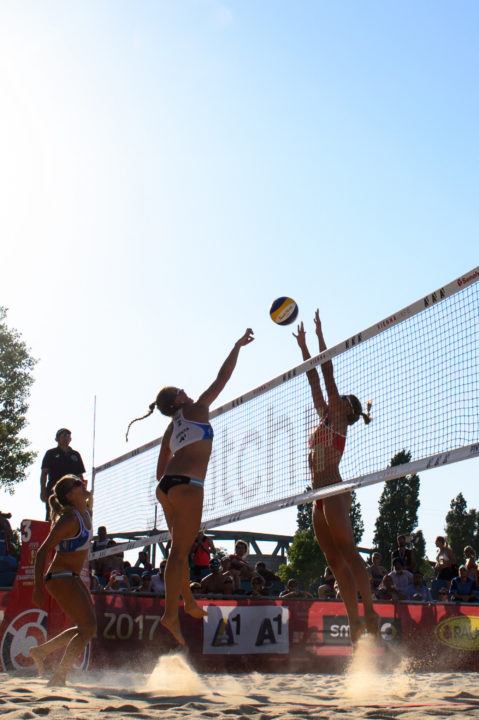 The top high school beach volleyball players have been honored by the AVCA, as they have released their 2017 AVCA... Current Photo via FIVB

The top high school beach volleyball players have been honored by the AVCA, as they have released their 2017 AVCA High School Beach All-American list that includes 16 athletes. Of these athletes, a large portion will be attending top-ranked beach volleyball programs in the NCAA, with two making their way to the national champions – USC.

The All-Americans will be attending colleges around the country with UCLA having five incoming All-Americans, Hawaii with two, Pepperdine with two and Georgia State, Florida State, UAB, Cal Berkeley and Stanford each obtaining one.

Of the 16 athletes chosen for the honor, 11 of them are from California, with the overwhelming lead, with Florida gathering three and Texas and Georgia adding one a piece.