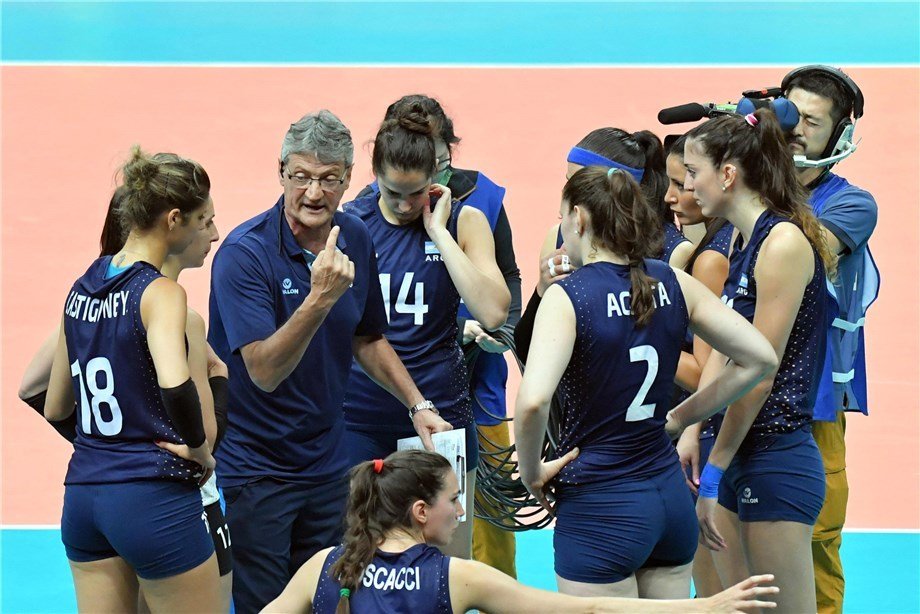 Argentinian head coach Guillermo Orduna is trying to keep the momentum from 2016 going by selecting his squad of 20... Current Photo via FIVB

Argentinian head coach Guillermo Orduna is trying to keep the momentum from 2016 going by selecting his squad of 20 for the 2017 international season.

The Argentina women’s team will begin their 2017 FIVB Volleyball World Grand Prix schedule with hosting matches against Canada, Croatia and Poland from July 7-9. Orduna will also lead his team in the 2018, FIVB Volleyball Women’s World Championship Asian Qualifier, the South American Championship from August 12-18 and the Pan-American Cup.

From June 5-11, Argentina will take on the Netherlands, China and hosts Switzerland at the Monteux Volley Masters.

Orduna has also named his U23 team, who have already qualified for the Slovenia 2017, FIVB Volleyball Women’s U23 World Championship that will take place from September 10-17.

In 2016, Orduna led Argentina to their first ever Olympic Games after being named the head coach back in 2013. Orduna is in his second spell with the team, after holding the head coach position from 1991 to 1996. The team is looking to make a run at Tokyo 2020, to make their second Olympic appearance.