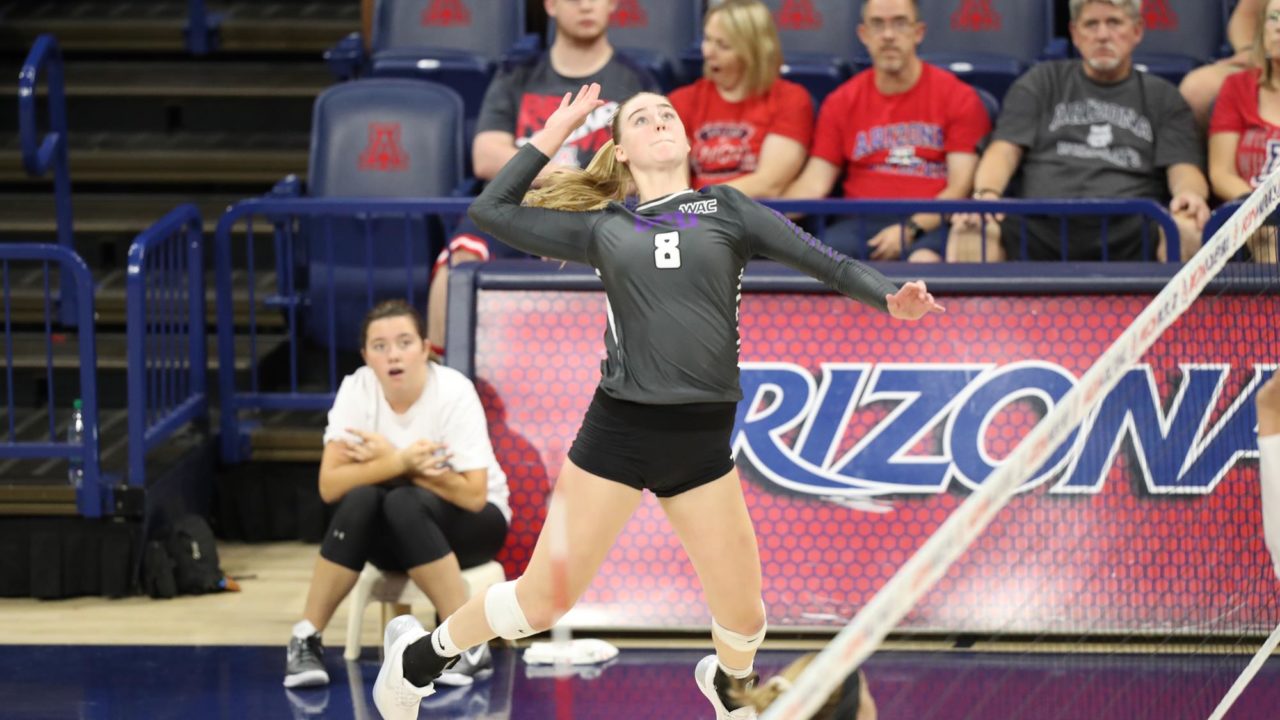 The 2017 WAC Freshman of the Year, Claire Kovensky, is transferring to Arizona State for 2018. Archive Photo via Chris Hook/GCU Athletics

The 2017 Western Athletic Conference (WAC) Freshman of the Year is on the move via the transfer market, and Arizona State has secured her services for 2018. Former Grand Canyon outside hitter Claire Kovensky is making the move, bolstering the Sun Devils’ pin position group.

A 6’0″ outside hitter from Highland, California, Kovensky became a Lope after attending Citrus Valley High School. That wasn’t initially the plan, as Kovensky had previously verbally committed to the Air Force Academy, but opted to change her course.

Grand Canyon, who finished last season at 8-18 and 3-11 in the WAC, is left with three outside hitters currently on their 2018 spring roster.

Arizona State is coming off of a 10-22 season in which they went 0-20 in conference play. It was a year of shuffling for the Sun Devils, who lost a myriad of athletes to transfer last off-season. Already, things look more stable as Arizona State looks to get back to competing in the Pac-12 as Kovensky becomes the fifth outside hitter on the roster.

Third times the charm! Beyond blessed to finish my collegiate ?career at ASU! Thanks to all those who have supported me with this decision! ??#ForksUp pic.twitter.com/ECJ92cliF8