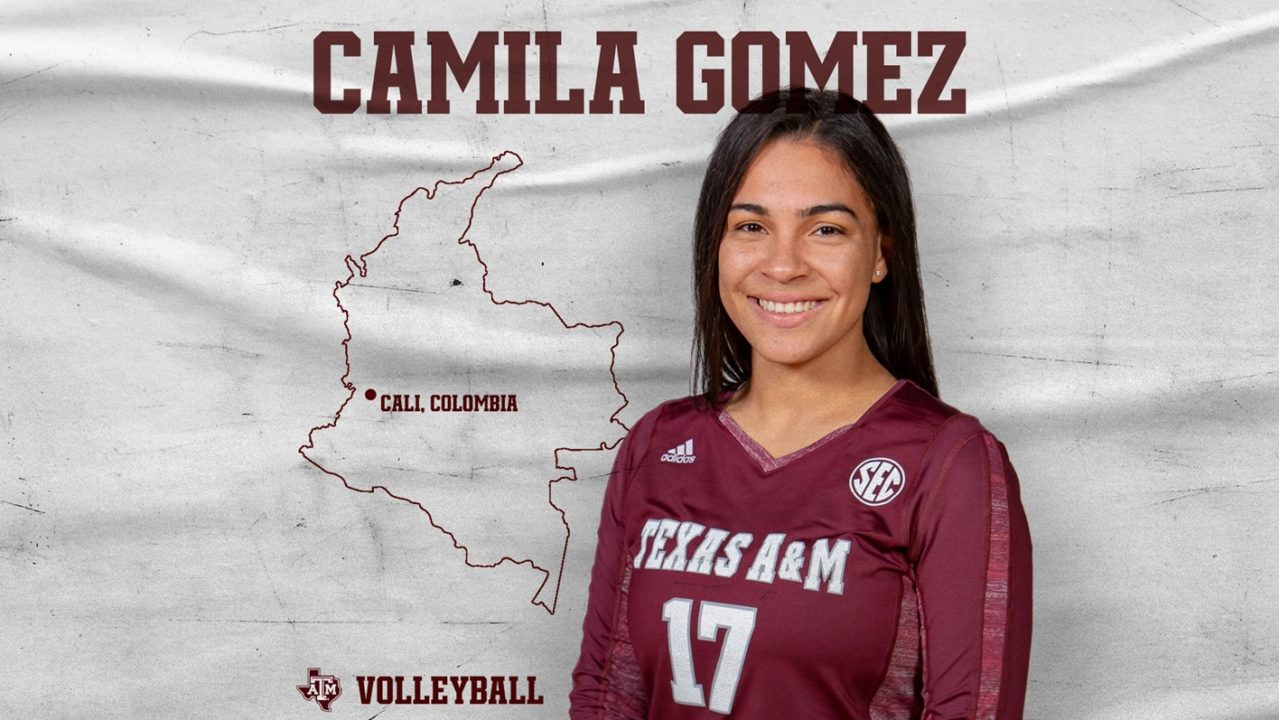 Colombian National Team libero Camila Gomez will transfer to Texas A&M University, the program’s new head coach Laura “Bird” Kuhn announced on Monday. According to a spokesperson, Gomez is redshirting the 2018 season, though she is training with the team. She will have 1 year of eligibility to use for the 2019 season.

The 23-year old Gomez spent the last two seasons playing at Miami Dade, a junior college program. She’s also spent time with the Colombian National Team at both the junior and senior levels. Notably, she was named best receiver at the 2013 Junior Pan-American Cup, and the MVP, best libero, best digger, and best receiver at the 2013 Copa Latina. At the 2014 U23 Pan-American Cup, she swept the defensive awards as well.

At the senior level, she was the starting libero for Colombia when they won gold at the 2018 South American Games.

“We are so excited to have Camila here in Aggieland with us,” Kuhn said. “Her volleyball IQ and level of experience will have an instant impact on our team. Camila has competed at the highest level with the Colombian National Team, as well as playing the last two years for one of the top junior college programs in the country, Miami Dade.  Throughout the recruiting process we could sense her drive and determination to reach her goals. Those kind of intangible characteristics our contagious within a team. We cannot wait to get her in the gym!”

Gomez was a member of Miami Dade College’s 2016 and 2017 NJCAA National Championship teams, including a 34-0 season in 2017 where she ranked 4th in the country in digs-per-set.

Texas A&M is 4-2 so far this season in Kuhn’s first season as head coach. That includes wins over Ohio, Albany, Indiana, and Temple, with losses to Ohio State and Penn State. The team’s current starting libero, Amy Houser, is a senior and averaging 3.75 digs/set. The other 3 liberos/defensive specialists on the roster are all freshmen, with Allison Fields getting most of the action of the group so far, playing in 18 of the team’s 20 sets and recording 54 digs.

Texas A&M (4-2) plays its season home opener on Thursday as the Aggies play host to the Pepperdine Waves at 7 p.m. at Reed Arena on the first day of the Texas A&M Invitational. The Aggies also will face Nicholls on Friday at 10 a.m. and close out the tournament against Missouri State at 7 p.m. on Friday.