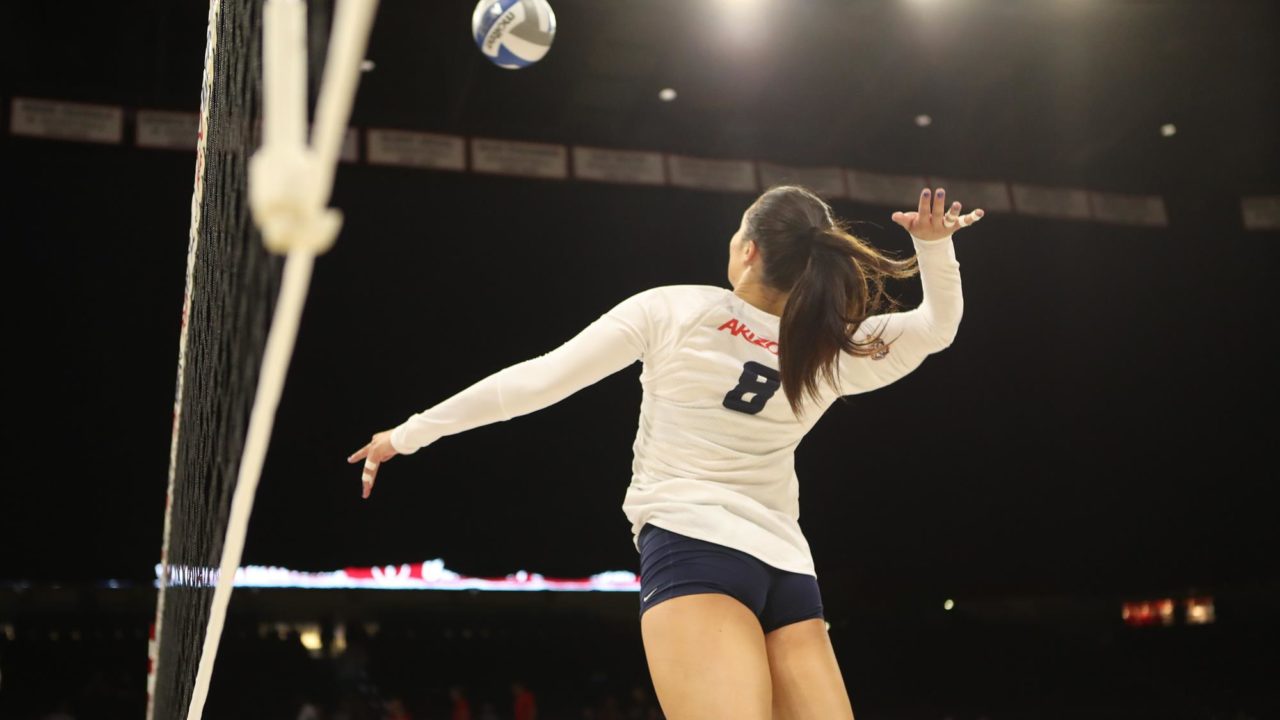 In an interview with Arizona head coach Dave Rubio, ArizonaDesertSwarm.com reports that senior outside hitter Kendra Dahlke will miss at least... Archive Photo via Arizona Athletics

In an interview with Arizona head coach Dave Rubio, ArizonaDesertSwarm.com reports that senior outside hitter Kendra Dahlke will miss at least 2 weeks after leaving Sunday’s match with a foot injury.

“We know it’s a foot issue, but we don’t know to what extent,” Rubio said Tuesday after practice. “The X-rays are negative in regards to any kind of fracture, other than that they’re waiting for the MRI.”

Arizona is currently ranked 22nd in the VolleyMob Power Rankings and 37th in the RPI. With the selection committee typically leaning heavily on RPI, 37th would typically put them on the right side of the bubble for an NCAA tournament invite, but that could change rapidly if the team falters without Dahlke – the latest in a run of injuries to their outside hitters.

Arizona’s Next 4 Matches (with RPI Rankings):

The match against Oregon State will be a ‘must win,’ with the Wildcats probably needing at least 1 other win in that stretch to feel confident about their chances at a tournament invite. Arizona swept the two teams on the road earlier this year.

Candice Denny, Katie Smoot, and Paige Whipple will all back-fill during Dahlke’s absence, with the sophomore Whipple expected to get most of the load. The group combined for 35 kills when Dahlke missed the team’s match against USC a week ago with a concussion.

“We’ll move the chess pieces around a little bit, but we’re running out of bodies,” Rubio said.

Outside hitter Elizabeth Shelton has missed the last 10 matches with a concussion.