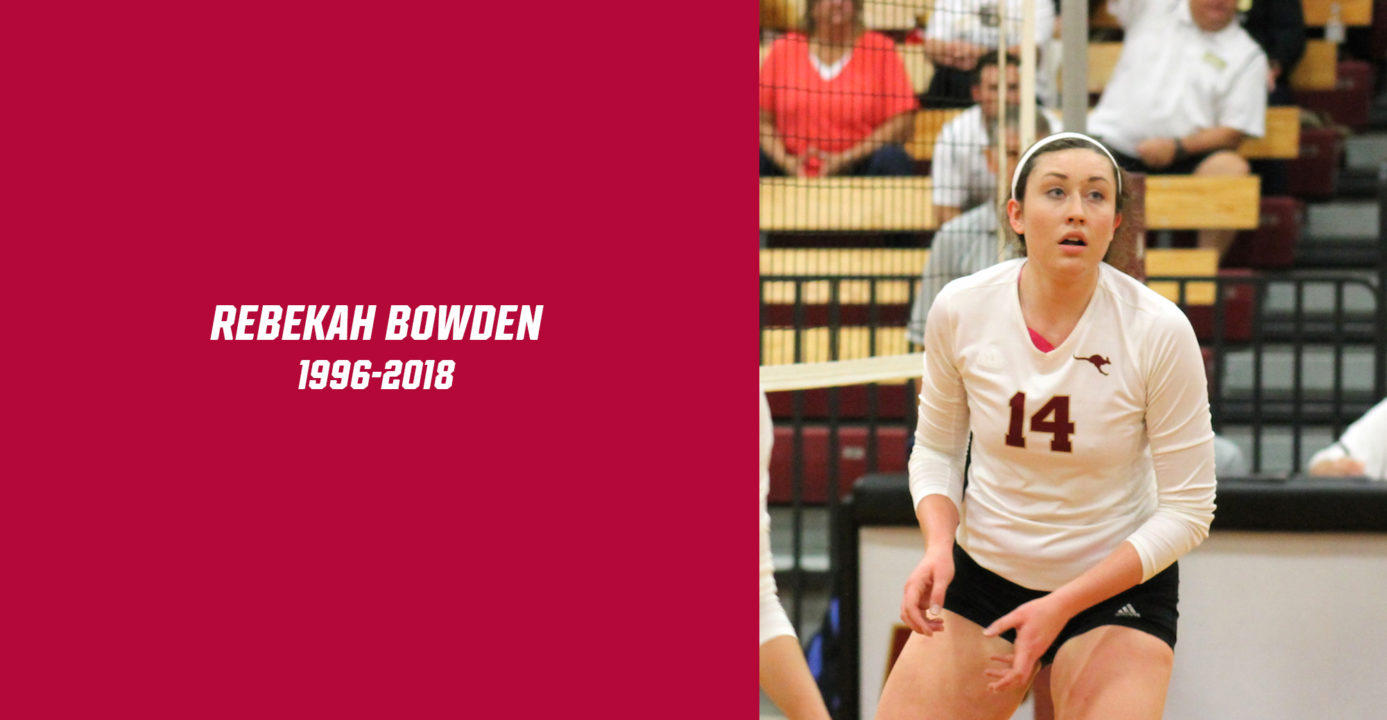 Bowden was traveling eastbound on East Tuck Street in Sherman, Texas when her vehicle failed to navigate the turn onto Skaggs Road. Paramedics, police and fire officials were dispatched to the scene at around 6 AM when the wreckage was discovered. Bowden is the second Austin College student to die in a wreck at this particular intersection when basketball player Patrick Johnson died after the vehicle he was traveling in as a passenger collided with a tree.

“On behalf of the entire Austin College community, we extend heartfelt condolences to the family of Rebekah Bowden and offer our thoughts and prayers at this time,” said Austin College president Steven P. O’Day.

Bowden played in 32 matches and 110 sets for Austin College in 2017, putting down 194 kills for an average of 1.76 kills per set. Additionally, Bowden recorded a team-best 129 blocks on the year. In her career, Bowden posted 929 kills and 521 blocks. The Kangaroo’s went 25-13 on the year, finishing off the season with a three-set sweep over Centenary.

Bowden is survived by her mother Emily Smith and her father and stepmother, Rod Bowden and Grace Bowden.