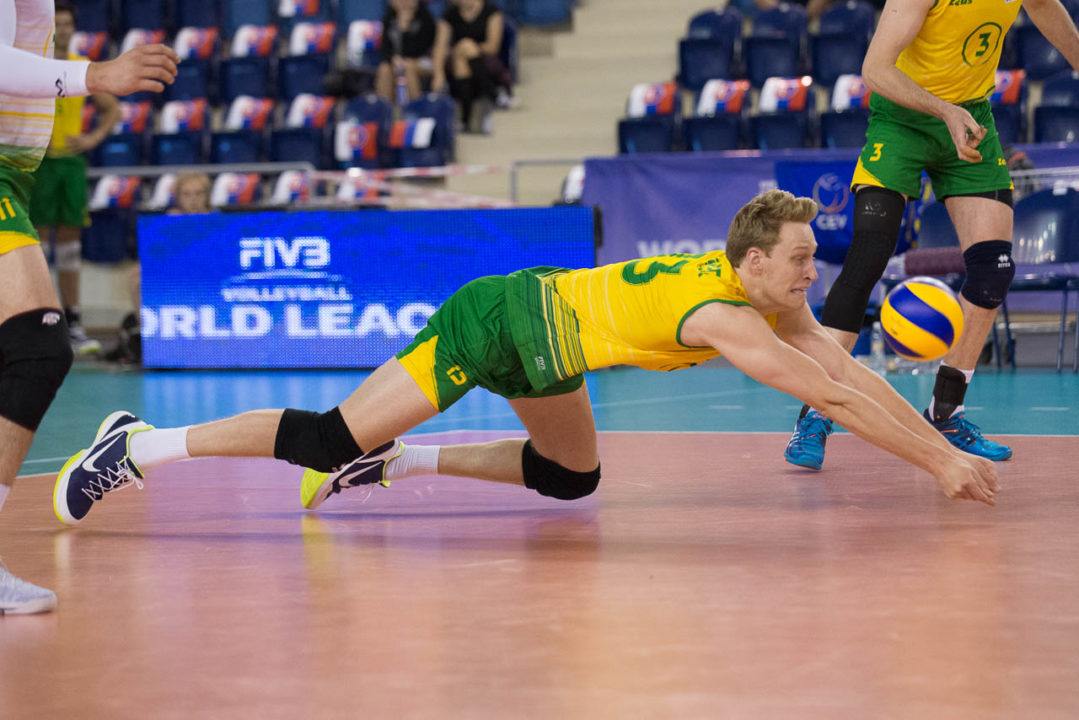 The first day of the World League has come to a close for the teams of Group 2 Pool B2. Current Photo via FIVB

The first day of the World League has come to a close for the teams of Group 2 Pool B2. Australia came out on top over Portugal in a difficult five-set match up. Slovakia dominated their match over Japan with a three-set sweep.

The first set of the match was led by Portugal for the most part, with the Australian team making a late push at 18 all. Australia couldn’t hold on, dropping the first 25-21.

The Australians started off better in the second set, holding an early 4-1 lead. They were able to hold onto this lead for the rest of the set, taking the second 25-20. Australian continued their high-level of play with a third set win of 25-19, after holding a large 17-11 lead. Portugal was able to grab some of the momentum back in the fourth set, taking the set 25-22 to force a fifth and deciding set.

The deciding set was a battle, with Australia up 14-11, but Portugal made a comeback to lead 15-14 off a 4-0 run. They were not able to hold on, letting the Australian crew back into the match with a 20-18 fifth set victory.

Nathan Roberts of Australia posted 29 kills in the match, with 24 kills, four blocks and one ace, while teammate Paul Carroll added another 24 points.

For Portugal, Alexandre Ferreira put down 24 points with Marco Ferreira adding another 20.

Slovakia used their big block to take down Japan in a three-set sweep. The Slovakian out-blocked Japan 14-7 in the match.

The first and second sets of the match faired the same for the Slokavian side, with 25-20 victories. The third and final set of the match proved to be more difficult, with the Japanese team fighting past point regulation to a third set loss of 27-25.

Milan Bencz led the Slovakian team with 18 points, while teammate Matej Patak added another 15, including five of the team’s blocks.