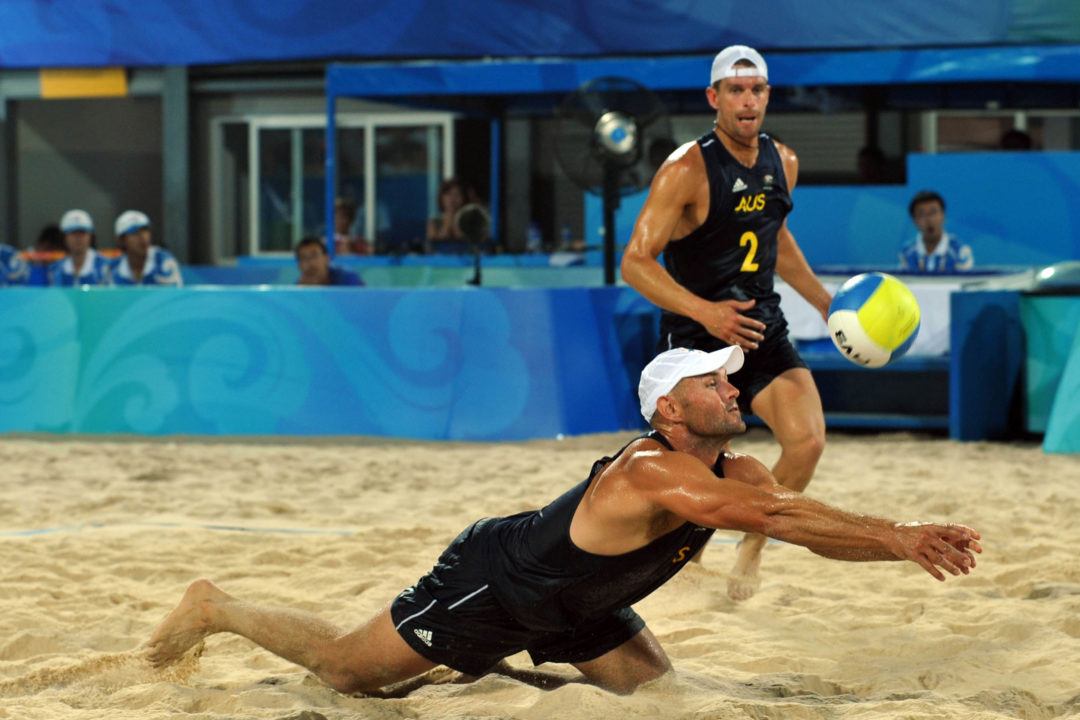 Volleyball Australia has hired two of Australia's most experienced coaches to help steer the country's beach volleyball program after they haven't had any men's teams qualify at an Olympic since 2008.  Current Photo via FIVB

Volleyball Australia has hired two of Australia’s most experienced coaches to help steer the country’s beach volleyball program after they haven’t had any men’s teams qualify at an Olympic since 2008.

Andrew Schacht, a two-time Olympian, will take over the men’s side and Simon Naismith the women’s ahead of the 2018 Commonwealth Games and the 2020 Olympic Games. The two coaches will take on senior coaching roles after several years as assistant coaches.

Schacht and Naismith will be following direction under newly appointed Technical Director and Head Coach Victor Anfiloff, who is a former Australian elite player.

The two coaches will be based in Adelaide, where the beach volleyball high performance program will remain.

Volleyball Australia has also selected two coaches and an assistant coach at the Centre of Excellence in Adelaide.

Joining the Australia staff is Michael Nelson, who has been a head coach at SASI since 2014, and a women’s head coach at the VA Centre of Excellence. Joining Nelson is Tom Kroeger, a 2008 Olympian with the German indoor team. Kroeger has coached the 2012 GB Olympic beach team and is now currently the head coach for the Denmark’s national beach teams. In addition, Aden Tutton will join the two as an assistant coach with the Centre of Excellence.

Schacht competed in the 2004 and 2008 Olympic Games and has been coaching since his retirement from high-level beach volleyball in 2009.

He also has been the Pathways Coach and men’s head coach of the Volleyball Australia Beach Volleyball Centre of Excellence based at the South Australians Sports Institute.

Naismith has been an Assistant Coach for the Volleyball Australia women’s beach Volleyroos’ since 2013.

Previously he managed the national junior program, and was the VA National Talent Identification and Development Coach.