The Chetumal Three Star quarterfinals will include two teams each from Brazil, Canada and the United States as well as one each from Mexico and Russia. 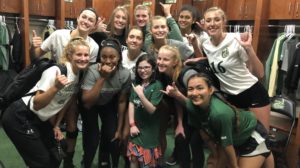 We’re back at it again this week, collecting the best of the best as far as social media goes in the volleyball world! There is a lot of volleyball and great things around the game going on across the globe, so we’re looking for feedback from our audience. If you see something great we missed, reach out to us on Twitter @VolleyMob. We’d love to hear from you!

Women’s pool play continues on Friday with all 32 teams in action. First up, beginning at noon ET are the pool title matches, including three American pairs. Mens action begins at 2:30 p.m. ET.