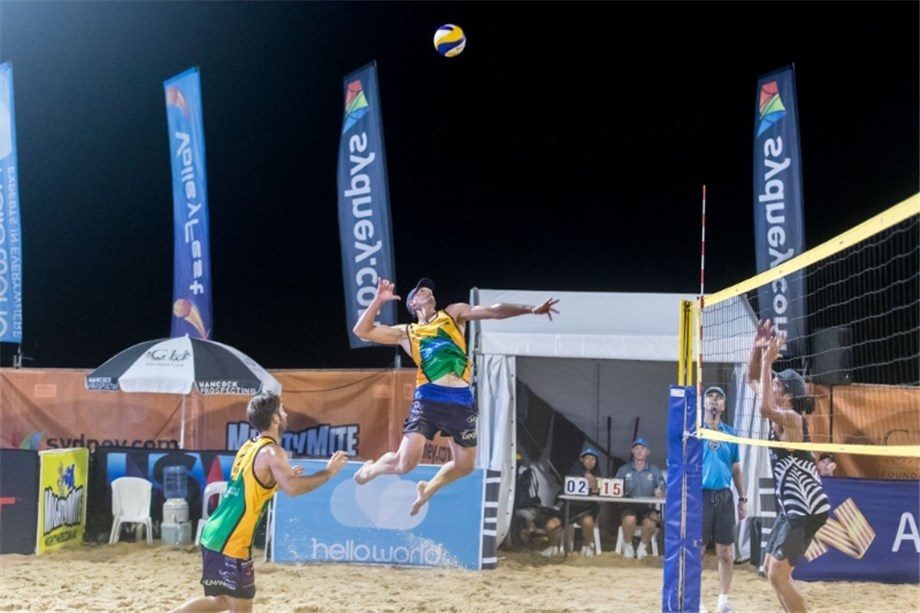 After joining forces following the 2016 Rio Olympic Games, the Australian duo of Damien Schumann and Chris McHugh were able... Current Photo via FIVB

After joining forces following the 2016 Rio Olympic Games, the Australian duo of Damien Schumann and Chris McHugh were able to take gold at the first ever men’s Four Nations Cup.

The event that took place at Sydney’s Manly Beach was the second gold for the pair this month, after they won the FIVB World Tour event in Shepparton earlier this month. The Australian pair defeated New Zealand partners Rene Kapa and Morgan Seymour 2-0, (21-16, 21-15).

Taking the bronze medal was the Austrian combo of Felix Friedl and Lucas Skrabal over Japan’s Yoshiumi Hasegawa and Masato Kurusaka 2-0.

Since the Olympics, the pairs original partners were sidelined with injuries, bringing the two together, with the results being promising.

“We’re a fairly new team,” Schumann said. “We’ve only been playing together for a couple of months. Every time I get to play with McHugh I’m impress with everything he can do, so I’m really enjoying myself.”

McHugh has expressed that he will continue, in the short term, to play with Schumann and will head overseas after this weekend’s Australian Tour titles.

For the New Zealand pair, they are looking at this 2017 season as a chance to build up World Tour points to get into the 2018 Commonwealth Games that will be held in Gold Coast, Australia.