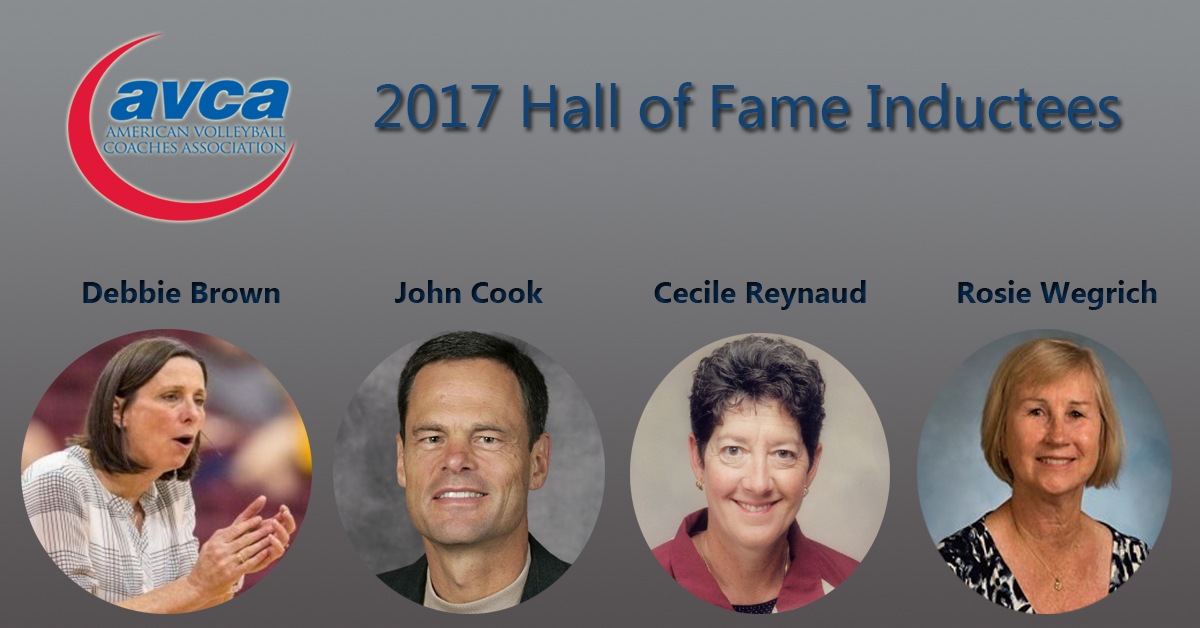 The American Volleyball Coaches Association (AVCA) has announced 4 members of its 2017 AVCA Hall of Fame Class. The Hall... Current Photo via AVCA

The American Volleyball Coaches Association (AVCA) has announced 4 members of its 2017 AVCA Hall of Fame Class. The Hall of Fame has existed since 2003 and with the 4 newest members will grow to 77 members strong.

Bios of each inductee: