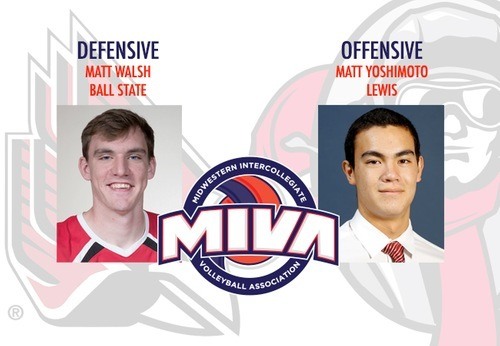 Yoshimoto averaged 10.57 assists per set last we week as the Flyers defeated Lindenwood and Quincy. He added a career-high eight kills vs. Lindenwood and two more against Quincy for 10 on the week (1.43 per set). In the Quincy match, he guided a Lewis offense which hit a season-best .449 (45-10-78). It is the best by a Lewis team since they hit .486 (45-11-70) against the same Hawks on April 11, 2015. Yoshimoto also had two aces against the Hawks.
Walsh led the Cardinals in blocks in last week’s matches against Grand Canyon with 20 total (2.50 per set). In the first match against the ‘Lopes, a 3-0 sweep, Walsh knocked down three solo blocks and nine block assists. His 12 total blocks are the most by a player in a three set match this season in the nation. In the second meeting of the week, Walsh tallied one solo block and seven block assists in a five-set loss to the ‘Lopes.