Barton & King With a Huge Clash At the Top; Conference Carolinas Update (April 3) 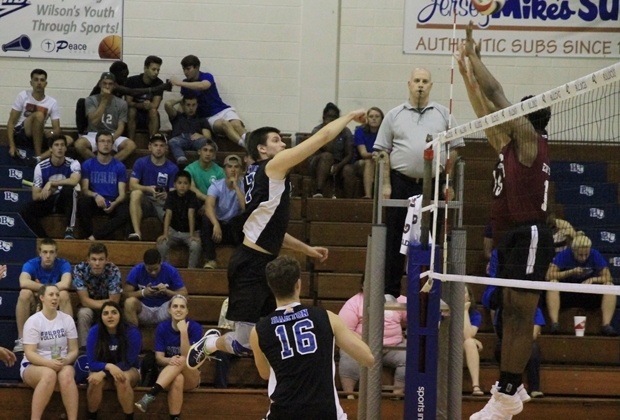 Barton looks to down King again while the Tornado can try and make things more complicated at the top; Conference Carolinas Update (April 3). Archive Photo via Barton Athletics/Volleyball

Just two weeks remain in the regular season of the Conference Carolinas, but this week is likely the most important one left of the pair. That’s because the top three teams in the league engage in a round robin of sorts, which could potentially lock up which teams will be seeded where in the top three. Beyond that, the battle between four through seven is still incredibly tight, which remains important in seeding for the league tournament.

REGULAR SEASON CROWN ON THE LINE

Besides the first meeting that went Barton’s way in straight sets on February 24, these two teams have taken down every team they’ve played in Conference Carolinas matches. That sets things up where with just three matches left (two by the time they meet and one following its conclusion) that the winner very well could win the league. The caveat is that if both teams win their other games, then if Barton downs King they would clinch the conference crown outright while King would just move into a tie with Barton and set up a potential split. King just wasn’t terminal in the first go around while Barton’s floor defense was strong, and the Bulldogs attack was more lethal. If that changes, a bit the Tornado were the better blocking and serving team in the first meeting and have the home court advantage, though no one has been able to oust Barton thus far in league play.

STILL AN OUTSIDE SHOT

It would take some help for Mount Olive, but they still are not mathematically eliminated from earning a share of the Conference Carolinas regular season title. Their only chance is to win their final three matches to begin with and also hope that King downs Barton, loses one of their other final two matches and that Barton loses their other match. So it’s not likely, but possible. Beyond that, getting the two seed is definitely more realistic, because if King loses to Barton and they beat King they have a chance to do so. And more than anything, wins over both or either would give them confidence heading into the Conference Carolinas tournament where the NCAA Tournament bid is on the line.