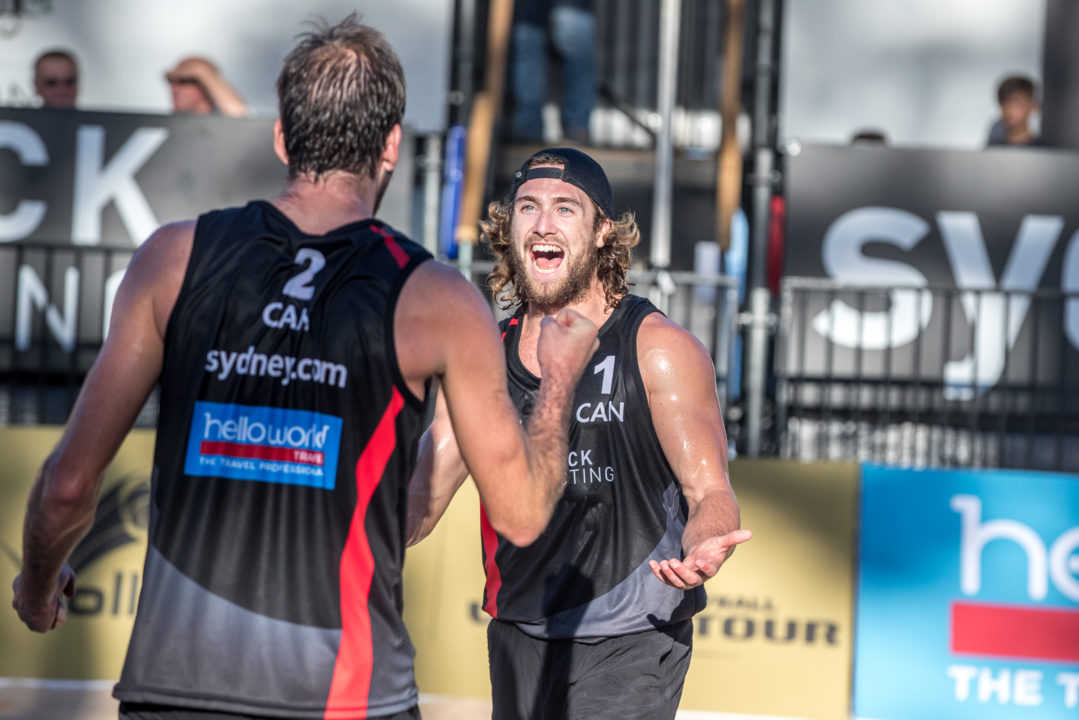 The Sydney two-star event has ended with Canada and Australia teams taking the gold in the men's and women's side of the tournament.  Current Photo via FIVB

The Sydney two-star event has ended with Canada and Australia teams taking the gold in the men’s and women’s side of the tournament. 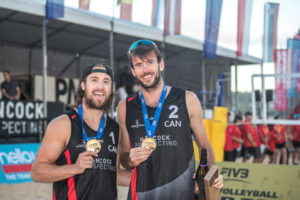 The top story to come out of the tournament is Canada’s Ben Saxton and Grant O’Gorman winning the two-star event in their first FIVB beach event as a pair. Saxton had earned one silver and four bronze medals with his former partner, never reaching the top of the podium, while O’Gorman has a decorated past in the age-class World Championships level.

“It was a great start for our new partnership. I’m so excited for what the future has in store for us. I want to thank Ben for being such a stud all week,” said O’Gorman.

The pair faced off against France’s Youssef Krou and Quincy Aye in the finals to which they took a straight-set sweep to take the title. The Canadian’s cruised to victory 2-0, (21-8, 21-16) never letting their opponents have a shot at the win.

On the women’s side, Australia’s Mariafe Artacho del Solar and Taliqua Clancy used their home court advantage to win the gold medal over China’s Fan Wang and Xinyi Xia 2-0, (21-17, 25-14). This is the second straight event that the Australians have won on the tour this season, taking gold at the three-star Qinzhou event. 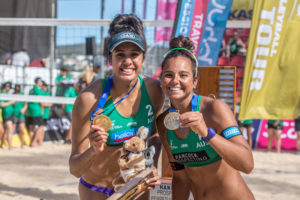 The win comes as the first for an Australian on their home beach in an international event since Kerri Pottharst and Natalie Cook won gold at the 2000 Sydney Games. The win marks the first for an Australian at home since the induction of the tour in 1992. The pairing is not looking to be selected as the representative team for Australia at the 2018 Commonwealth Games that will take place in April 2018 in Gold Coast.

“We are just having so much fun out there, which makes it look easy. We trust and believe in each other, and that belief is what makes us so smooth,” said Artacho del Solar. “I love coming back home to Manly. This is where I began playing beach volleyball. It means so much to play here, but even more – to win.”