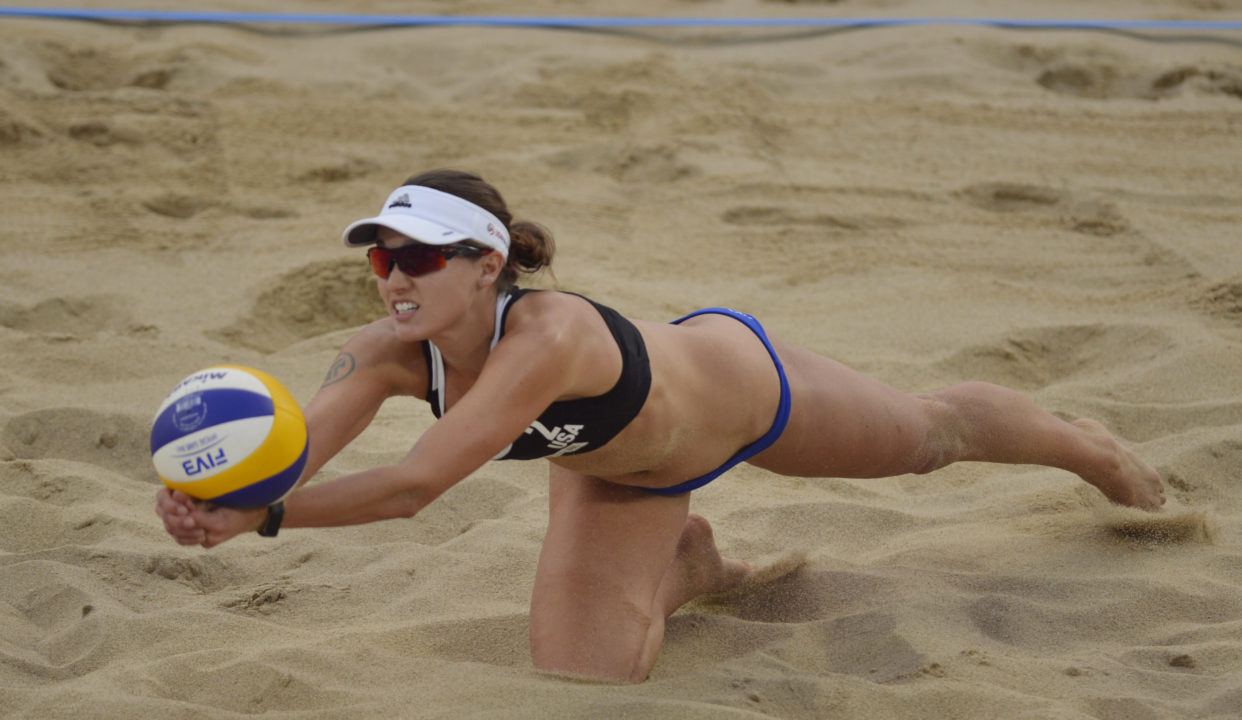 At the San Francisco Open, some smaller names took the top spots for both the men's and women's side of the tournament. Current Photo via FIVB

At the San Francisco Open, some smaller names took the top spots for both the men’s and women’s side of the tournament. The winners of the Tour stop were awarded $15,000 to split at 750 points to their AVP totals.

With Phil Dalhausser/Nick Lucena out of this competition, playing in the FIVB World League tournament in Gstaad (and winning), along with other top players such as Theo Brunner/Casey Patterson, the San Francisco event was open to allow these teams to shine.

Overall in the competition, Loomis put down 10 aces, picked up 68 digs and added 115 kills (the most out of anyone in the tournament) on the way to victory. McKibben added 66 kills, 16 digs, six aces and 22 blocks.

Larsen took charge at the net, blocking 17 balls over the weekend while also adding 101 kills. Flint picked up 119 digs, had 109 kills and six aces in the win.