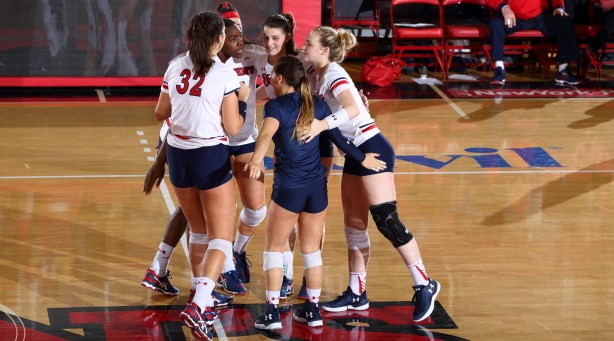 The 2018 BIG EAST volleyball season kicks off with a slate of 30 games over the upcoming weekend.  Current Photo via St. John's Athletics

NEW YORK – The 2018 BIG EAST volleyball season kicks off with a slate of 30 games over the upcoming weekend.

All 10 BIG EAST teams will compete, with No. 13-ranked Creighton heading as far as Los Angeles, Calif. for the Trojan Invitational, while St. John’s is the only BIG EAST team to remain home, hosting the Jack Kaiser Classic against several local opponents. Preseason conference favorite Marquette will travel to Waco, Texas, for the Hampton Inn & Suites Waco North Baylor Invitational.

The Bluejays will be tested early with two matches against other ranked opponents. They meet No. 5 Kentucky at 1:30 p.m. ET on Friday, and turn around to play host No. 10 Southern California on Saturday at 10:30 p.m. ET. Butler will also face two ranked opponents, matching up with host No. 20 Pittsburgh in the Panther Challenge at 12:30 p.m. on Friday. No. 24 Cal Poly awaits the Bulldogs on Saturday at 4 p.m. The Golden Eagles, who are receiving votes in the American Volleyball Coaches preseason national poll, will go up against host No. 16 Baylor on Saturday at 8 p.m. ET.

Around the rest of the league, DePaul and Xavier will get things started at the NIU Invitational in DeKalb, Ill., with each team facing the host Huskies and Oklahoma. Georgetown will travel to Atlanta, Ga., for the Hyatt Regency Invitational; hosted by Georgia Tech. Providence will stay in New England for the Boston College Invitational. Seton Hall goes to Western New York, for the weekend to compete in the Blue & White Classic, hosted by the University of Buffalo. Villanova will remain close to home with a short trip to Newark, Del., for the Delaware Invite. They will play the host Blue Hens in the only scheduled league game on Sunday.