Big Ten Tabs Cooney, Foecke as Co-Players of the Week 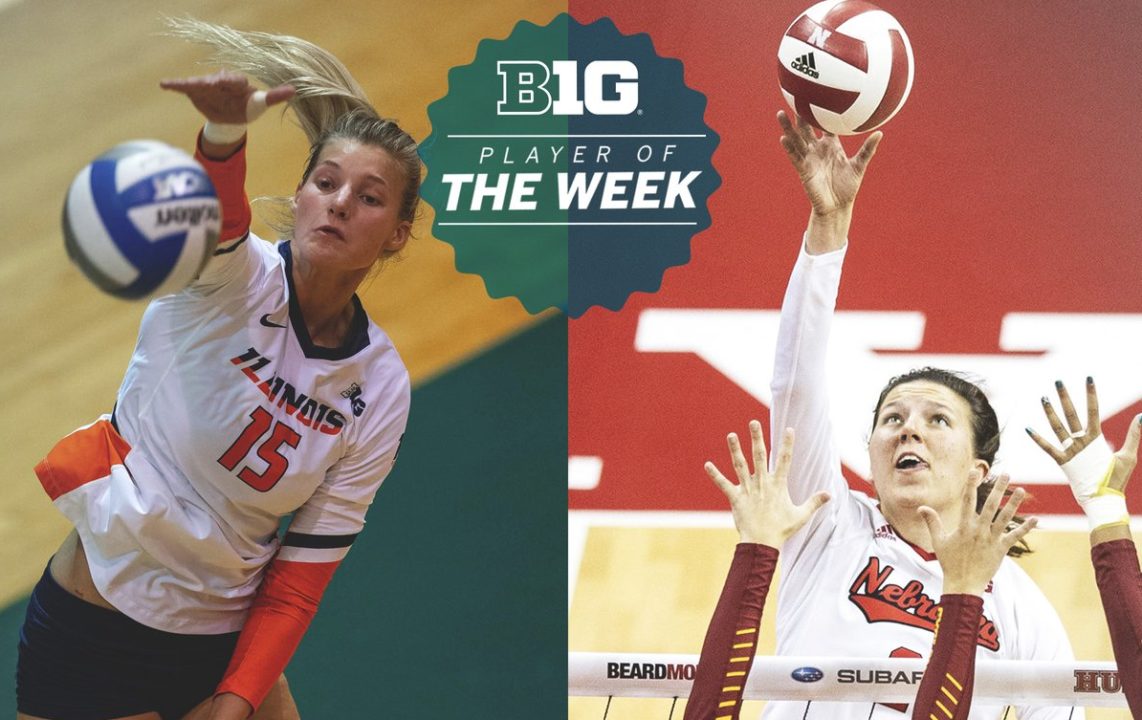 • Named the tournament MVP after totaling 39 kills and averaging 4.33 kills per set with a .493 hitting percentage and adding six blocks

• Hit double figures in kills in all three matches and paced the Illini offense to a .400 hitting percentage against Bowling Green

• With the three wins, the Illini moved to 8-0 on the season, marking the best start since the 2011 squad opened the season with a 20-0 record

• Tallied nine kills, seven digs, two blocks and an ace in a 3-0 sweep against Iowa State on Sunday

• Earns her second career Player of the Week award

• Helped Ohio State to a 3-0 weekend against Princeton, Missouri and Towson

• Averaged 6.70 digs per set for the weekend

• Reached double figures in digs in every match

• Led Illinois to an undefeated weekend at the CSU Invitational Championship averaging 11.78 assists per set for the tournament with 106 total assists, as well as directed the Illini to a .383 team hitting percentage

• Added 3.11 digs per set with 28 digs, along with six blocks, two kills and two service aces for the weekend

• Quarterbacked the Illini to their highest hitting percentage of the season with a .400 mark against Bowling Green as she tallied 37 assists and three blocks

• Receives her fifth career Setter of the Week award

• Against No. 4 Stanford, tallied seven kills, hitting .500, and registered five blocks, then put down a career-high 16 kills on a .556 hitting percentage and added seven blocks and two digs against No. 18 Oregon

Kaitlyn Hord is your @B1GVolleyball Freshman of the Week!!!