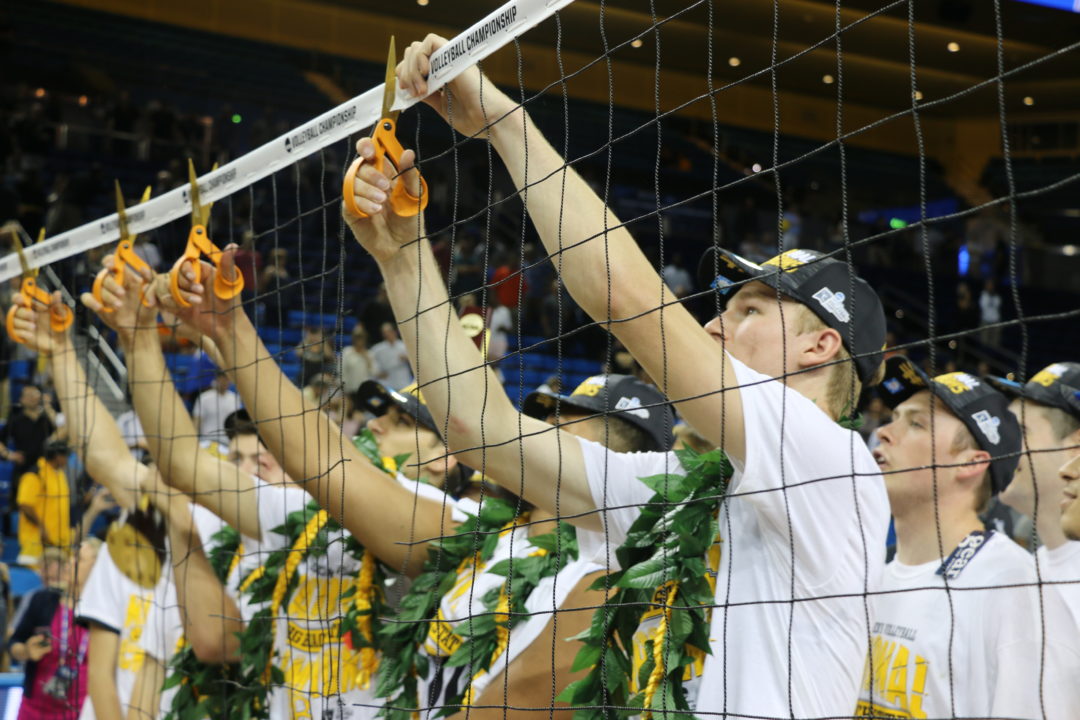 Big West commissioner Dennis Farrell says the season was already a successful one for the conference's foray into men's volleyball, but Long Beach State's national title went "beyond (his) expectations." Current Photo via Anne Lepesant

A few days later, Hawaii became the conference’s first team to be hosed out of a bid to the NCAA Tournament (according to their fans), although it was in favor of another conference team, UC Irvine, who did get in in spite of losing to Hawaii 3-1 in the conference semi-finals.

And all of those firsts added up to a year “far beyond” expectations for Big West commissioner Dennis Farrell, who is serving in his 26th year leading the conference.

“Any team NCAA championship is important in my eyes and while I felt this first year of Big West men’s volleyball was already successful, Long Beach’s victory put a capstone on it,” Farrell told VolleyMob on Tuesday, in the afterglow of LBSU’s first national title since 1991. “While we were sure that we (the Big West) would be a force in men’s volleyball, this year went far beyond my expectations. To have as many teams ranked in the top five, top ten, and top 15 all season long was phenomenal.”

When asked whether the Big West would do it all over again if they had the choice, Farrell responded with an emphatic yes, saying that the national title helps lift the brand of the conference. “Absolutely we would make the decision to bring men’s volleyball under the Big West banner if we had it to do over again. Any sport in which we legitimately compete for national championships serves to heighten the public’s awareness of the Big West Conference brand.”

5 of the conference’s 6 teams finished ranked in the top 12 of the final edition of the men’s VolleyMob Power Rankings: more than any other conference. The MPSF, the conference from which the Big West teams split, had 3, and the MIVA had 4.