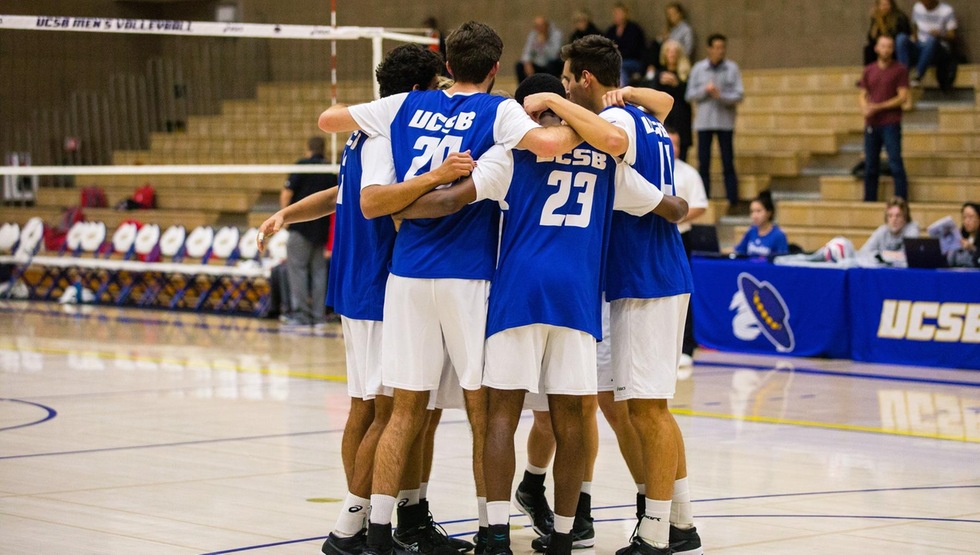 UCSB got Big West play off with plenty of fireworks while others like #11 Pepperdine scored a big upset; Feb. 23 Late Night Recap. Archive Photo via UCSB Athletics

As expected, the late night matches were filled with teams playing on the west coast. That brought some MPSF action, but also included the start to the inaugural men’s volleyball Big West matches as well. In total, a wealth of ranked teams hit the court, with eight teams in the VolleyMob Top 20 Power Rankings appearing in the late night action.

#11 Pepperdine earned the biggest shocker by upending #2 UCLA, while the Big West provided the day with a pair of exciting matches. One featured a five-set thriller while the other saw two top five teams go at it. Starting things off though is another Big West team, who had its final tune-up before league action:

Not a single Cal Lutheran player notched five or more kills for the match, which was indicative of the dominance from #12 CSUN over a strong team from Division III that is receiving votes in the coaches poll. Part of that strong defense was a 15-ace match from CSUN, who kept Cal Lutheran out of sorts all night. The offense was good as well in hitting .310, as Arvis Greene continued to roll with eight kills on a .636 hitting percentage to go with three of those 15 aces.

In a bit of a shocker, #11 Pepperdine handed #2 UCLA its third straight loss. The first two came to #1 LBSU, but maybe it’s caused a slight hangover or rut for the Bruins. Beyond that, this match seemed to emphasize the health of each team’s star attacker; For UCLA, kills leader Christian Hessenauer did not play again for the second consecutive match, while Pepperdine continues to be a force with David Wieczorek back from injury. He added to that trend as he notched 13 kills on a .440 mark to go with five blocks, four aces and three digs.

USC actually posted stronger numbers from an offensive efficiency mark (.357 to .312), but Concordia Irvine did the other things better: blocking (9-4), aces (6-2) and less serve errors (9-14). From the serving alone was a nine point swing – a huge mark considering two of the Eagles set victories came in extra points. It’s been a big week now for Concordia Irvine, who swept Grand Canyon yesterday, added this tonight in what was their first win over the Trojans in program history and take on CSUN tomorrow.

It was only fitting that the first ever Big West match in men’s volleyball went to five sets. Not only that, but the fifth went to extra points as UCSB survived the late run from UCSD. Individually, there was a battle within the battle as Tanner Syftestad (20 kills, .245, 15 digs, five blocks) led the Tritons in the tight loss while Keenan Sanders (21 kills, .217, nine digs, three blocks) pushed the Gauchos to the win.

The Rainbow Warriors dealt with an efficient UC Irvine offense by flexing their own muscles and getting 42 combined kills from Stijn Van Tilburg and Rado Parapunov. They also dominated in points off of the serve, in what turned into a 12 point swing in the match. Of course, the two teams meet again on Saturday to see if the results can be repeated by Hawaii.