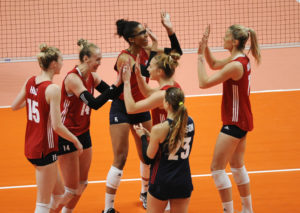 Team USA has a clean route for a 5-0 pool run, if its plays at its peak and do not underestimate its opponents 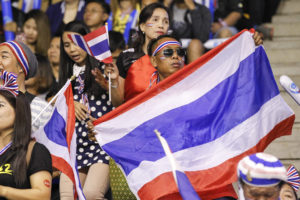 18-year old Chatchu-on Moksri was Thailand’s leading scoreer before going down with an ankle sprain at the Asian Games. 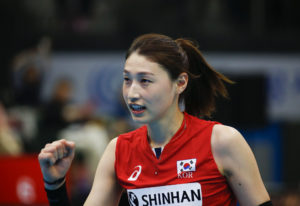 After 4 straight Asiad titles, Kim Yeon-Keong (above) and South Korea dethroned China in 2014. 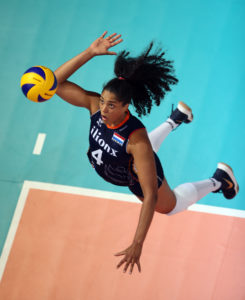 Nootsara Tomkom is an experienced setter from Thailand. She wears number 13 on her jersey.

Tomkom debuted for Team Thailand in 2001. Since then, she has helped Thailand win nine Southeast Asian Games and two Asian Championships. In 2013, Team Thailand beat Poland in the Bronze Medal Match at the World University Games. Tomkom has won a lot of individual awards, most notably she has been named the Best Setter at CEV Champions League, World Olympic Qualification, Asian Championships and FIVB World Grand Prix.

Tomkom has represented 12 different club teams during her career. She has played in Spain, Thailand, Switzerland, Azerbaijan and Turkey where she has spent the last two seasons. She helped Fenerbahçe win the Turkish Cup and the Turkish League during the 2016-2017 season.