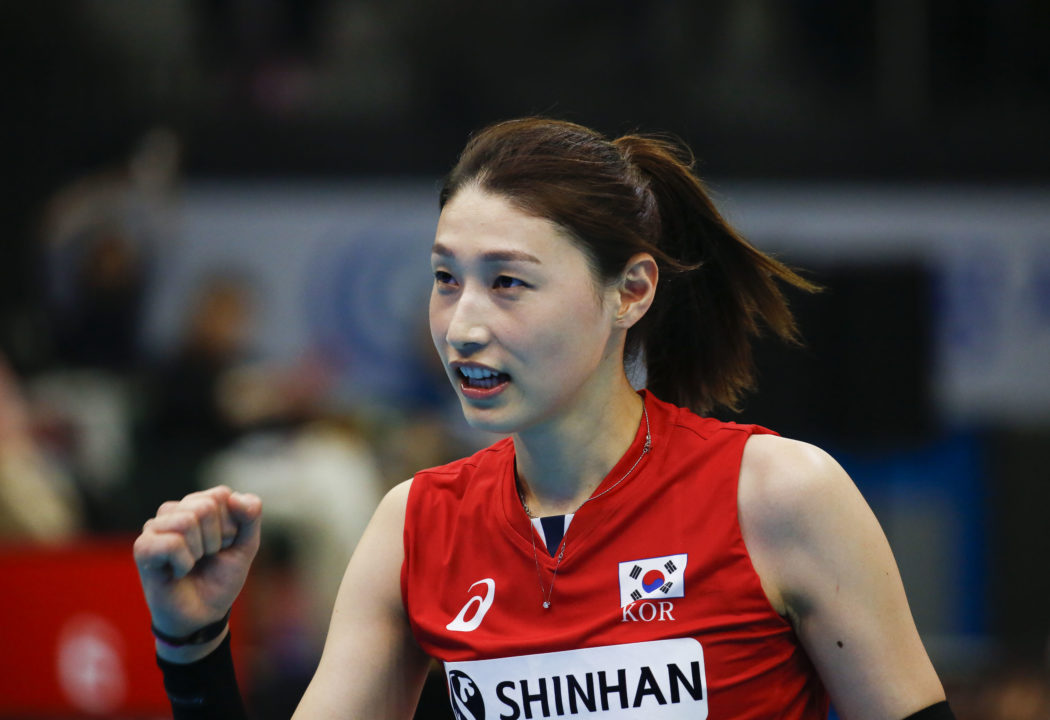 The women’s tournament at the 2018 Asian Games hasn’t quite taken off as much as the men’s: there will be only 11 participating women’s squads, as compared to 20 for the men. But, in a region where women’s volleyball is a premier sport drawing huge crowds, the event will be of no-less demand for even the smaller field.

The field ties 2010 as the biggest ever in the history of this tournament.

With the way the pools were drawn, Pool B is clearly the more challenging of the two. Japan should have easy sailing out of Pool A. They won’t want to cruise too much, however: winning the pod likely means avoiding China and South Korea until at least the semi-finals of the knockout rounds.

China, as the defending Olympic champions, are the defacto favorites, in spite of only finishing 4th at last year’s Asian Championship. They’ve struggled with depth, and head coach Lang Ping has been cautious with her rising young superstar Yi Lingling, who has played at both opposite and outside hitter. When both Yi and Olympic MVP Zhu Ting were on the floor together at the Nations League, including in a bronze medal sweep of Brazil, China looked again like the best team in the world. When either was off the floor, and especially while a number of China’s National players were away for injuries or for World Military Championship duties, the team struggled. The team got another blow in that area late this week when 2016 Olympian Zhang Changning was sent home to rehab a knee injury and prepare for the upcoming World Championships.

The Chinese uncertainty leaves some opening for Japan and South Korea to steal the title. South Korea were champions in 2014, the only time hasn’t won the tournament since 1994 (and just the third occasion ever where they’ve come up short of gold in 11 tries).

While South Korea’s top player, 30-year old outside hitter Kim Yeon-koung, told Korean media this week that the goal was to repeat their gold medal, that it wasn’t going to be as easy.

“We learned China and Japan have their finest members, so playing against them and winning gold won’t be easy,” she said. “But in previous games, I’ve never thought we were going to lose, even though we played against strong teams.”

As questions surround whether or not her 4th Asiad will be her last Asian Games, or whether she’d be better off saving her energy for the World Championships, Kim says she is there to support her younger teammates, who don’t yet have Asian Games gold medals.

“There are team members who set their goal as winning gold at the Asian Games,” Kim said. “I will be with them, for them at the Asiad. Also I’d like to get more of a pension by winning gold,” she quipped, earning a laugh from the assembled media.

She’s referring to the program in South Korea where an Asian Games gold or any Olympic medal earns an athlete exemption from compulsory military service and a pension.

Japan lacks the singular starpower of a team like China or South Korea, but they might be the deepest team in Asia, as they showed by winning last year’s Asian Championship. The team finished 7-8, with the same record as China, in the preliminary rounds of the Nations League (China was guaranteed a spot through to the final as hosts).

Vietnam is the wildcard in this tournament. They are an unseeded team for these Asian Games, in spite of finishing 2nd at last year’s Asian Championships. The best team out of Southeast Asia (they’ve won SEA Games gold on 9-straight occasions), they are led by 33-year old setter Nootsara Tomkom, who is still the best setter on the continent.

The first matches kick off on August 19th, with China versus Vietnam being the day 1 highlight. The biggest showdown of the preliminaries, and rematch of the 2014 gold medal round, will be China vs. South Korea, to be held on August 23rd.

Teams will play in one of two pools: the 5-team Pool A or the 5-team Pool B. Teams were seeded based on their finish at the 2014 edition of the tournament, with Indonesia as hosts taking the top spot in the snake.

After a single round-robin preliminary, the top 4 teams in each pool will advance to a simple single-elimination bracket. The 5th-place team in Group A will play the 6th-place team in Pool B, with the loser taking 11th overall. The winner plays the 5th-place team from Pool B for 9th place classification.

In the main draw, both winners and losers will continue to play, including in classification brackets, until each position has a single team (aka, no “tie for 5th” for quarterfinals losers).