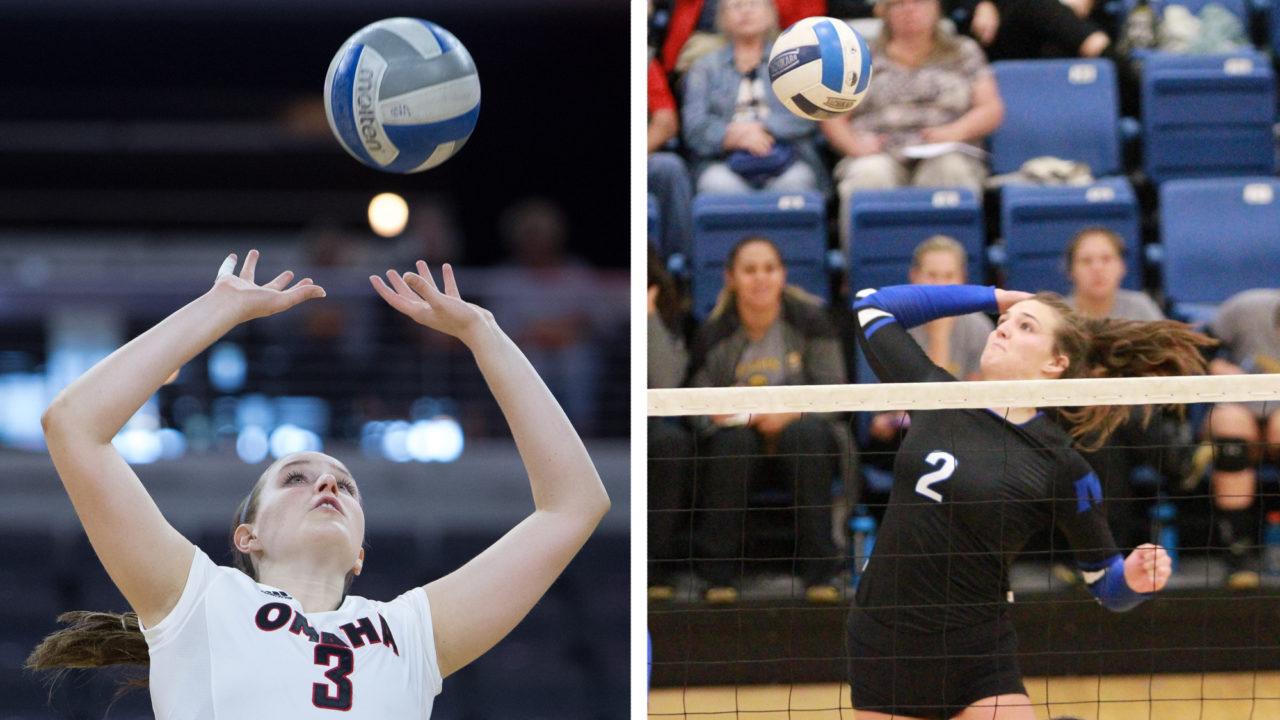 After a rough season, Bradley is using the transfer market as they search for improvement in 2017. Current Photo via Bradley Athletics

After a 7-22 season, the Bradley Braves are looking for some fresh faces to move the needle on improvement. They’re trying to find a chunk of it in the transfer market, as they’ve added three new athletes in Hannah Angeli, Alissa Schovanec and Yavianliz Rosado.

Angeli comes in from Nebraska-Omaha and can play as a setter or outside hitter. The combination gives her flexibility if Bradley uses a 6-2 in 2017, as they did in 2016. She started 18 of Nebraska-Omaha’s 25 matches in her lone season and was second on the team in aces (23) and digs per set (2.83). Angeli, originally out of Maplewood, Minnesota, will have three years left of play.

“Hannah comes with Division I experience as well as a high pedigree of club ball,” Bradley head coach Carol Price-Torok said in the Bradley announcement. “We are excited to get her in the gym and have her lead our offense. Her setting style is something we have been looking for and she should be a great fit with our team.”

Alissa Schovanec is a 6’0″ middle blocker who transfers in from Iowa Western, where she averaged 2.11 kills per set with an efficient .333 hitting percentage in addition to just under a block per set (0.91). She was a key cog on an Iowa Western group that went 79-13 over the last two years and now will receive two years of eligibility with Bradley. Like Angeli, Schovanec spent time before Bradley in Nebraska. Whereas Angeli attended Nebraska-Omaha for a year, Schovanec is from La Vista, Nebraska.

The final transfer coming in is Yavianliz Rosado, a 5’6″ libero out of San Jose State. Originally from Puerto Rico, Rosado is the sister of Minnesota libero Dialianliz Rosado. Yavianliz played two seasons at San Jose State, posting 3.62 digs per set last season, including 4.38 digs per set in conference play. She has two years left of eligibility just like Schovanec.

“Yavia is a transfer player that brings in great experience to our back court,” said Price-Torok in a Bradley release.  “She comes from a volleyball family, where her high level of playing experience will help elevate our program.  Her natural flow and volleyball I.Q. will make her teammates around her better.”

Adding to the heavy transfer news for Bradley is Erin Olson, who’s taking the opposite path of Angeli, Schovanec and Rosado by leaving Bradley for UCF. Olson is a 5’9″ setter who spent her freshman season in 2016 splitting time at the position as she averaged 6.00 assists per set. It seems that Angeli should slide into the role opened by Olson’s departure.

Playing in a very solid mid-major conference in the Missouri Valley, Bradley has a long way to go. There’s no one way to turn a program around, but Bradley is banking on bringing in some experienced talent to try and bridge the gap between being at the bottom of the standings and becoming more competitive.