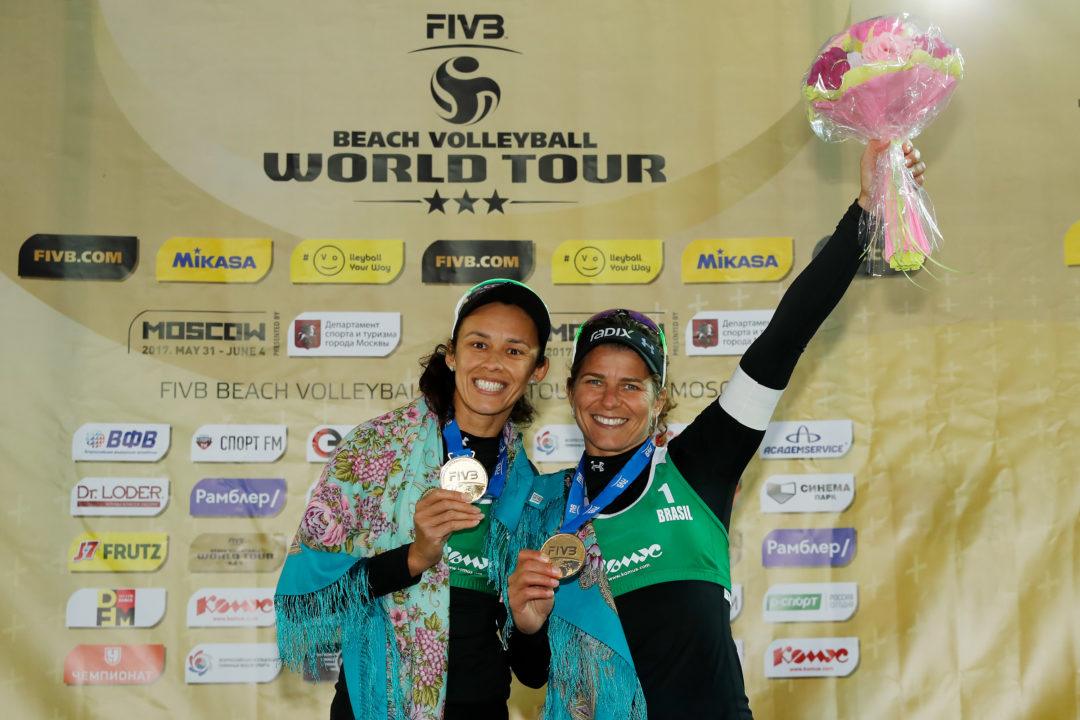 The duo of Talita Antunes and Larissa Franca are often hard to beat, as the veteran pair took home their 15th World Beach Tour gold medal together with their win in Moscow.  Current Photo via FIVB

The duo of Talita Antunes and Larissa Franca are often hard to beat, as the veteran pair took home their 15th World Beach Tour gold medal together with their win in Moscow. The two were able to dominate their American foes of Summer Ross and Brooke Sweat 2-0, (21-16, 21-14) in 30 minutes.

Earlier this season, the pair won the opening event on the FIVB World Tour in Fort Lauderdale, then came back around to take 5th place in their home country at the event in Rio. The Russian climate is not what the Brazilian’s are used to, with it being significantly colder than most other places on the tour this time of the year.

As the winners, they took home the top prize of $10,000 at the three-star event. The pair has now won 161 of their 182 FIVB World Tour matches, equating to an 88.5 percent success rate. Larissa has collected seven medals in seven tournaments in Moscow. In addition, she has also won her 61st World Tour gold medal in 145 events. Talita has grabbed her 33rd gold medal on the tour out of 159 starts.

Summer and Sweat are still working out the kinks, with the Moscow event being on their second tournament together on the tour. With the loss, the pair earned the $8,000 silver medal prize.

The finals also marked the 95th time that a Brazilian and American squad competed in a women’s FIVB World Tour final since 1992.  In the time, the United States has taken 53 wins while the Brazilians have claimed 42.