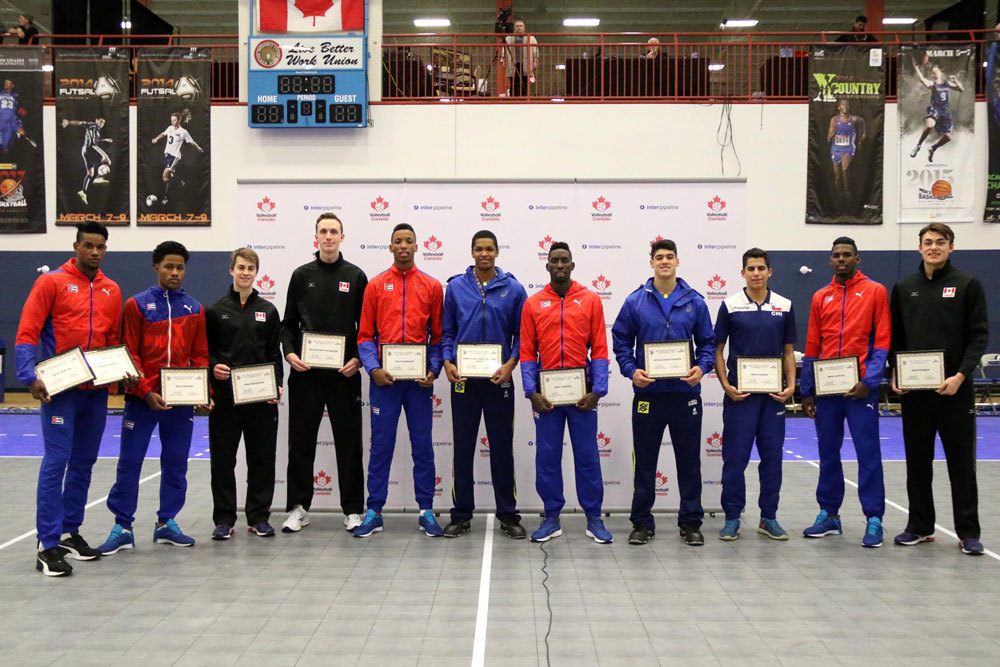 Despite not winning the u21 Pan American Cup, Cuba had the most players awarded with top honors following their second... Current Photo via NORCECA

Despite not winning the u21 Pan American Cup, Cuba had the most players awarded with top honors following their second place finish. Out of the 12 awards handed out, the Cubans locked up six.

As the top scorer of the competition, Loeppky put down 100 total points, beating out the competition by 22 points – as the next closest was his own teammate Sharone Vernon-Evans with 78 points. From the service line, Gutierrez was able to secure 19 aces, three more than his teammate Lopez who contributed 16.

Earning the MVP honor of the competition was Brazil’s Cardoso, who put down 16 kills in the championship match to put the Brazilians ahead of Cuba for the competition victory.