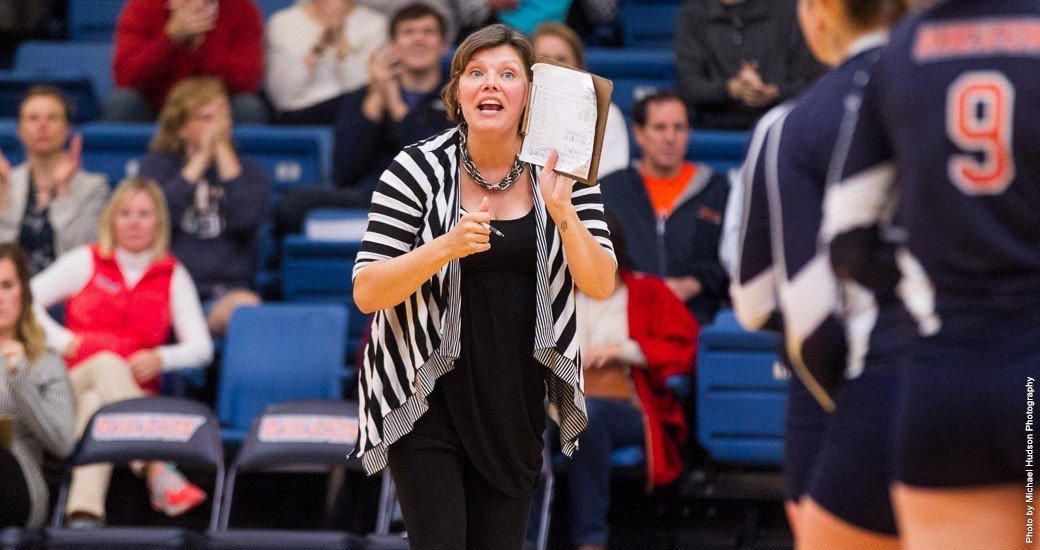 Brittany Smith has announced her resignation as head volleyball coach at Wheaton College. The veteran head coach notes of her... Current Photo via Wheaton Athletics

Brittany Smith has announced her resignation as head volleyball coach at Wheaton College. The veteran head coach notes of her decision, “After 12 years of college coaching, it’s with a lot of sadness that I step away from coaching collegiate volleyball. What an amazing profession, and it’s been a blessing to work with so many outstanding student-athletes, supportive families and alumni, and exceptional colleagues. With several factors weighing into my decision, I’ve decided it’s time for me to step away.”

Wheaton Athletic Director Julie Davis states of Smith, “Brittany has strengthened the tradition of Wheaton volleyball. I am grateful for the hard work that she has put into developing the players and the program.” Davis concludes, “She will be missed and I wish her the best.”

Smith came to Wheaton in April of 2013 following eight seasons as the head volleyball coach at Taylor University. She has compiled a career record of 301-160 in 12 seasons as a collegiate head coach, earning her 300th career win on October 28, 2016 in a 3-1 victory at North Central College.

Smith guided Wheaton to CCIW Tournament appearances in three of her four seasons with the Thunder. Her 2013 squad won 24 matches, the most for the Wheaton volleyball program since 2007 at the time. She guided this year’s Thunder squad to a 6-2 record in CCIW play and a second place finish in the conference, marking the Wheaton volleyball program’s highest finish in the league since 1990. In her tenure with the Thunder, Wheaton produced 12 All-CCIW honorees, including 2016 Freshman of the Year Meghan Lacey. Smith’s program produced a pair of American Volleyball Coaches Association (AVCA) All-Region selections in her four seasons at Wheaton.

Smith notes, “I am so proud of the work we have done over the last four seasons.” She adds, “These young women have worked so hard to establish a culture of excellence, competitiveness and impact on top of the rich legacy that was already here. I am grateful to Wheaton for the opportunity to be a part of the volleyball program, and have no doubt that they will continue that legacy in the years to come.”

Davis notes that a national search to hire a new volleyball coach will begin immediately.