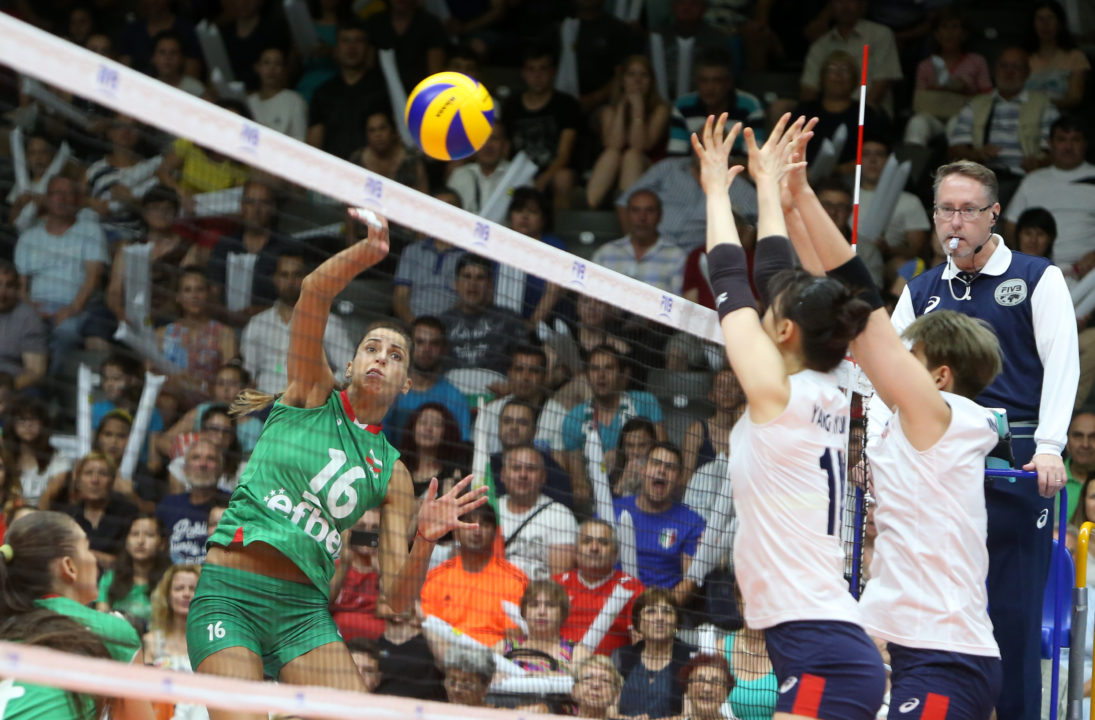 Bulgarian National Team captain Elitsa Vasileva injured her shoulder last week during a match for Russian side Dinamo Kazan. The injury came as part of a 3-0 sweep over Sakhalin in the quarterfinals that advanced the team to the semi-final to face Uralochka: the record-setting 14-time champions of the league.

After hitting heavily in the first two sets, scoring 12 points, Vasileva fell in the 3rd and was pulled from the game and replaced by Daria Malygina.

In post-game comments, head coach Alexander Perepyolkin said that she was hurt, but that he hopes that “nothing terrible has happened.” Vasileva had her dominant right shoulder heavily wrapped and iced after the match.

Natalia Mamadova had 16 points to lead Dinamo to the win.

It’s not only the upcoming semi-final matches on March 25th and 29th that will have the team concerned. Before then, they will travel to Treviso, Italy to play Conegliano in the Champions League semi-finals. The first leg will be played on March 21st with the return scheduled The winner will advance to the Final 4 from May 5th-6th in Bucharest.