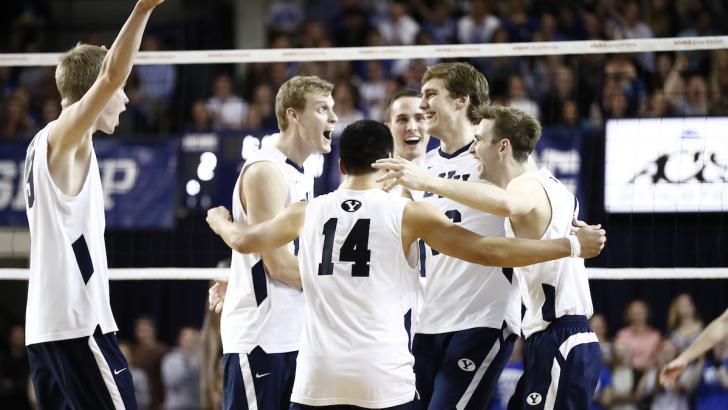 Current BYU men’s volleyball middle blocker Miki Jauhiainen has been selected to play for the 2017 Finnish National Team this summer.

Jauhiainen will join 14 teammates in trying to advance Finland to the final round of next year’s FIVB Men’s Volleyball World Championship in Italy and Bulgaria.

“Our main goal is to be always the best we can,” head coach Tuomas Sammelvuo said. “We are focusing on quality and we do this every day. We believe that this is the right path to success. Of course, we want to achieve the maximum result from this tournament and that is a place in the 2018 FIVB Men’s Volleyball World Championship finals. When we play, we want to show that we deserve a place in that tournament.”

Qualifying play begins this week at Karlovy Vary, Czech Republic, where the team will play in one of six second-round European qualifiers. Finland will meet in Pool F against the host The Czech Republic, as well as the national teams of Northern Ireland, Sweden, Spain and Cyprus. The winners will make it straight to the World Championship, whereas the runners-up will progress to the third and last stage of the qualification process scheduled for mid-July.

“We do not underestimate any of our opponents,” Sammelvuo continued. “We are not the kind of team that will let that happen. We have a wide roster and we will do everything to build up our game and keep the level of energy high until the last game of this tournament.”

After the World Championship qualifier in the Czech Republic, Finland will participate for the 13th-straight season in the FIVB World League, highlighted by a home round at Helsinki Arena from June 8-10. At the same time, the Finnish capital will play host to the 2017 edition of the world’s largest youth volleyball tournament, the Power Cup.

After the World League, Finland will start preparing for Eurovolley Poland 2017, scheduled for later this summer – where the Finns will play hosts Poland, Serbia and Estonia in Gdansk, Poland.