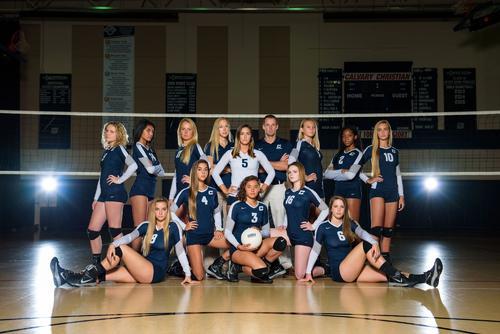 The Nevada high school state tournament is completed, having crowned four winners of the 2016 season in their respective classes.

For Bishop Gorman, Hanna Karl recorded a double-double with 12 kills and 18 digs. Tommi Stockham added 13 kills, while Kylie Gibson put down 11 kills. In the back court, Alysia Mielson picked up 24 digs, while Sarah Lychock added 14.

For Truckee, Maia Dvoracek led the way with a triple-double of 17 kills, 10 digs and 17 assists. Madison Bromley added 17 kills, while Mia Curtis picked up 12 digs.

Eden Whitmore led Moapa Valley with 18 kills and four blocks. In the back row, Kessa Evans picked up 21 digs, Lindsey Erikson added 12 and Aria Messer had 11.

For Calvary, Malia Lee put down 13 kills, four aces and four blocks, while Olivia Kaiser added 13 kills, five blocks and 21 digs for a double-double. Also recording a double-double was Lexi Davis with 38 assists and 12 digs. In the back court, Michaela Odon picked up 17 digs and Sara Hernandez added 16.