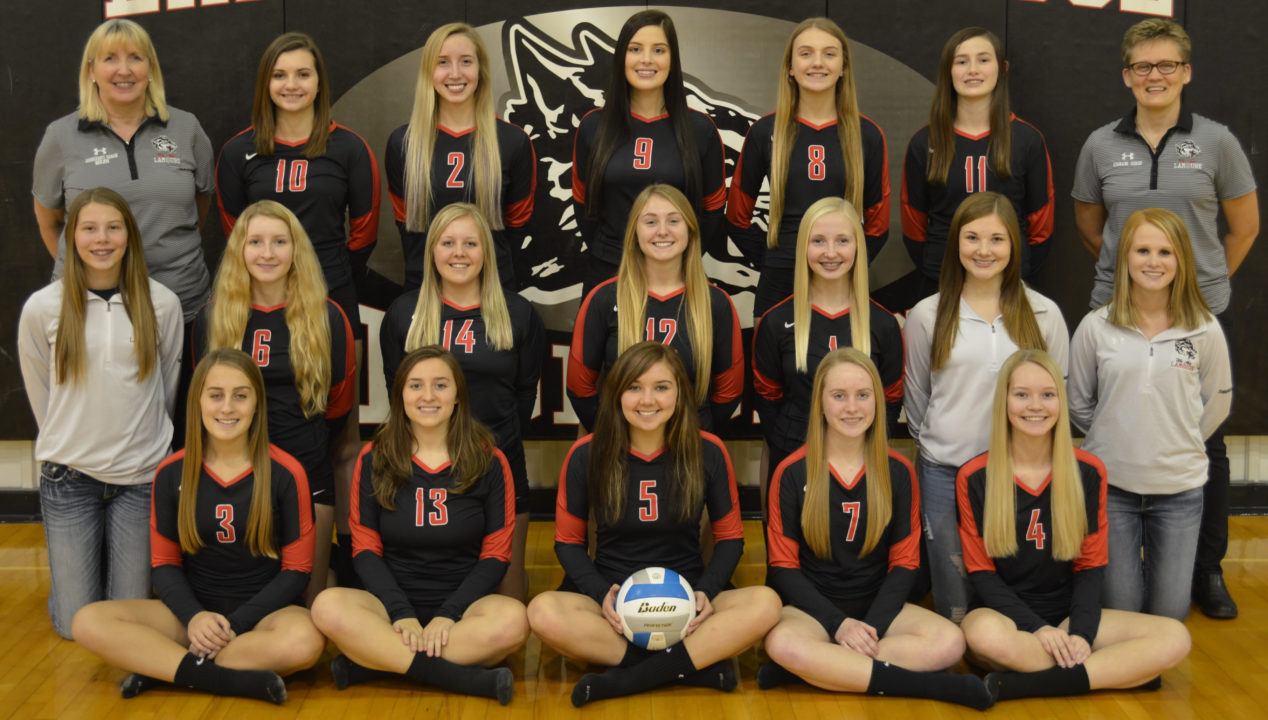 Each of the champions this season have won their second state title in a row. Bismarck Century, the class A champions, have made 29 appearances to the state tournament, while LaMoure the class B champions have only been to the tournament seven times.

For Bismarck Century, Kylee Clarke and Regan Dennis led the way with a double-doubles, Clarke with 21 kills and 12 digs, while Dennis recorded 19 kills and 13 digs. Maddie Klein added 15 kills, while Cameron Clark put down six kills and nine blocks.

The setter for Bismarck High, Jessie Oja, recorded a double-double in the match dishing out 33 assists and 11 digs. Lexus Mosbrucker put down 14 kills, while Cara Haussler added 12. In the back court, Jenna Kivisto picked up 18 digs and Allie Glasser added 14.

LaMoure came out strong to take a quick 2-0 lead, but Minot pushed back taking the next two and bringing the game to five sets. The fifth set was nothing for LaMoure as they took the fifth at 15-8.

For LaMoure, Anna Holen dominated the front and back row recording a double-double with 31 kill and 33 digs. Three other LaMoure players posted double-doubles – Kindra Hamin with 12 kills and 23 digs, Ellie Holen with 12 kills and 31 digs, while setter Jackie Meiklejohn dished out 42 assists and 14 digs. Kallene Klever picked up 29 digs in the back court.

For Minot, Morgan Olson dominated for the team, recording a triple-double in the match. Olson dished out 22 assists, 21 kills and 16 digs in the loss. Karlee Zablortney posted a double-double with 19 assists and 31 digs. In the back court, three other Minot players picked up double-digit digs – Lauren Hendrickson (40), Ryleigh Popingo (32) and Tessa Olson (16).