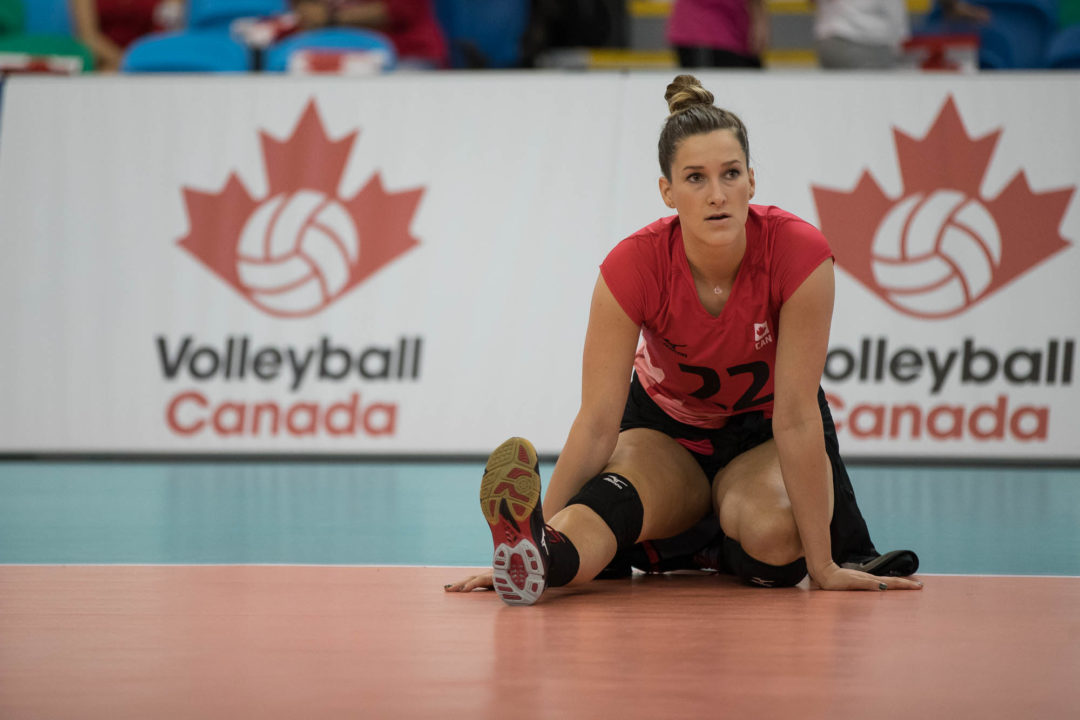 After serving as an injury replacement with Italian side Caselmaggiore last season, Megan Cyr is headed to Greece for 2018-2019. Archive Photo via FIVB

After spending most of last season as an injury replacement for Eleonora Lo Bianco at Pomi Casalmaggiore in Italy, Canadian National Team setter Megan Cyr will spend next season in Greece with AO Thiras.

Cyr appeared in 7 matches and 11 sets for Pomi last season, where she was called upon to fill a gap for the team at the behest of the squad’s head coach Marcello Abbondonza, who is also the Canadian women’s team head coach. Abbondonza was fired shortly after Cyr’s arrival, and Cyr served mostly as a backup to Giulia Rondon until Lo Bianco returned mid-season.

The 28-year old Cyr finished her college career at NC State in 2013 after transferring from Colorado. She then went on to spend time in the German league with Stuttgart and the Swiss league with NUC. She was on Canada’s rostser for this summer’s FIVB Challenge Cup, and is expected to be on the soon-to-be-announced squad for the World Championships as well.

Last season, the team had two Greek setters, Xanthopoulou Panagiota and Tsohatzi Marina. Thera lost in the league semi-finals to Korinthos, who would lose to Olympiacos in the finals. Olympiacos won their 6th-straight title last season.